‘He put love of country above friendships, above his love life’ | Inquirer Lifestyle ❮ ❯ 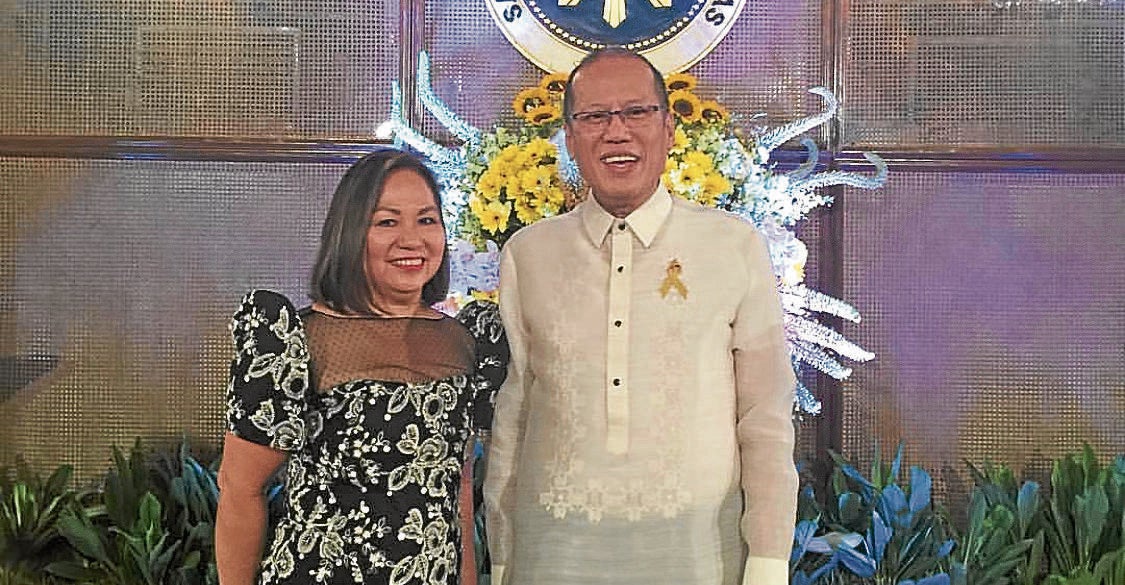 ‘He put love of country above friendships, above his love life’

Tributes for the late President Benigno Simeon C. Aquino III have been coming in since news of his death was announced Thursday morning.

Aquino, who was also known as PNoy and Noynoy, lived in the public eye even before he served as the country’s 15th president from 2010 to 2016.

Despite this, he was a private person who preferred not to draw attention to himself. In the company of his friends, Aquino was easygoing but still reserved. He was a principled man who put the country above everything else.

“Noy was not the type to seek publicity for himself,” his close friend and former Lifestyle editor Thelma San Juan said. “He was matapat and matino—what you see is what you get. You could not make him do something that he would not be responsible for. I appreciated his values when he became president. He kept his principles of democracy, love of country even at the expense of his own personal publicity. He was never a trapo.”

San Juan who has been friends with Aquino for over three decades said that his integrity extended to both his public and private personas. It could be seen in the way he talked and dealt with people whether they were fellow leaders, captains of industry or the designers who made his suits, barong or polo shirts.

Designer JC Buendia crafted suits and barong for Aquino when he was a senator after the latter’s youngest sister Kris, a friend and client, approached him.

“He was always nice to me. He would hand me chocolates when I visited. During dinners at home, he would pass the dessert to me, and say with a grin, ‘I think this is really for you,’” Buendia told Lifestyle.

When Aquino was photographed for the cover of Time Magazine in April 2010, he wore a barong designed by Buendia that incorporated the Philippine map. The designer is also credited for popularizing the collared polo shirts with a yellow ribbon embroidered above the heart that Aquino wore as a uniform during his presidential campaign.

In the six years of Aquino’s presidency, designer Paul Cabral took over design duties. “He was very considerate like his mother (the late former President Corazon C. Aquino). He always added, ‘As long as it’s not a hassle,’ whenever I had to make him a new suit or barong,” Cabral told Lifestyle.

The designer recalled how Aquino was an easy client to deal with since he never fussed about the designs and would wear whatever Cabral made.

“What he didn’t like were the fittings,” Cabral said. “I only measured him once, at the start. Even if I require multiple fittings with my other clients, I made concessions for him. I would just ask if he had grown thinner or gained weight, and then I’d make the adjustments.”

This was the person—the President—San Juan knew.

“He didn’t want to impose on people, didn’t want to inconvenience. He was very considerate even with us, the media. He didn’t like to presume… he had the decent values of a Filipino,” she said.

San Juan shared how he was fun to be around with but that “he put his love of country above anything else.”

“I began to realize that soon after he became President; he was serious,” she said. “He put love of country above friendships, above his love life. I didn’t realize how dedicated and devoted he could be. He internalized it and that is something that people didn’t know. Contrary to what the public thinks or what his enemies made the people think, he was not a reluctant president. He didn’t go about it half-heartedly.”

San Juan recalled a conversation with Aquino where she told him about how she thought he might be asked to run for president in 2010.

“He was diffident at first, he didn’t presume anything. In that sense he had no ego but when he decided to run, I saw how he studied, researched and talked to experts about economy, about politics and even social media. He was committed fully,” she said.

“His commitment as president was such that it perhaps cost him his health. Even if he had events the whole day, he would attend to his paperwork late into the night. He was a good a manager except that he didn’t pay attention too much to his image building.”

San Juan pointed out how Aquino was the only president whose face was not emblazoned on tarpaulins in the provinces or on ambulances.

“People underrated his performance, his governance, his capacity for self-sacrifice, his diligence and hard work. Minaliit natin ang matinong paglilingkod nya (We belittled his sober service to the country).”

Toward the end of Aquino’s presidency and even after he became Citizen Aquino, San Juan would remind him to put down his memoirs.

“I told him, you’ve proven to the country and the world that good governance is doable, and that democracy—however protracted—could work.”

Aquino never got around to writing his memoirs before he died in his sleep in the morning of June 24.

It was only when she saw the coffin bearing Aquino’s remains at Heritage Park in Taguig City later that afternoon did San Juan realize her friend was truly gone.

“I think it is the duty of friends like us to bring him to the people and the world, [to tell them] what kind of a person he really was but this time without his shyness getting in the way,” she said.