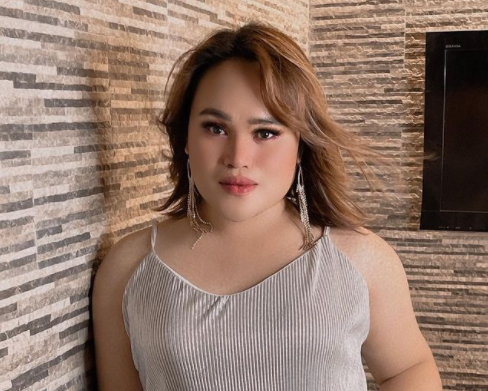 “Tawag ng Tanghalan” season four grand finalist Makki Lucino has revealed that she regards her cover version of the ballad “She Used to Be Mine,” originally sung by Sara Bareilles for the musical “Waitress,” as a song that speaks about the journey of her sister.

(I said, this is her. I was able to sing it [because] I want to represent my sister, especially single mothers.)

Lucino sang the song in the “Tawag ng Tanghalan” segment of “It’s Showtime” before she was able to enter the Top 6. The feedback was good as it touched so many viewers, which was why her management and Star Music decided to make it her first single.

Dubbed as the Queer of Soul, Lucino explained how apt the title is for her, saying it was thought of by her management and Star Music.

For Lucino, titles do matter and he is happy to have one.

(Of course, I am one of many singers who dream, like my idols, Songbird Regine Velasquez, Queen of Soul Jaya. It’s like being given a title is a dream come true.)

Meanwhile, after her journey in “Tawag ng Tanghalan,” Lucino has also ventured into livestreaming on Kumu via “Queer of Soul” on the SeenZone channel (@seenzonechannel). She has guestings as well on FYE Channel and MYX. JB