Carmi Martin on taping sitcoms in the '90s vs. making them under lock-in: Still similar | Lifestyle.INQ ❮ ❯ 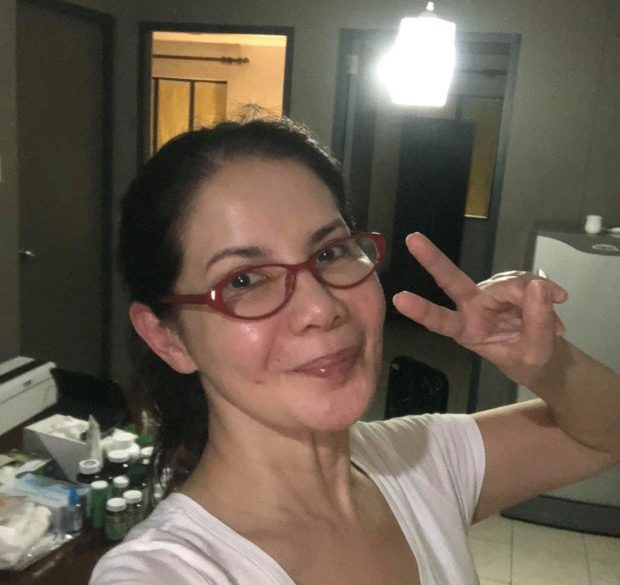 Carmi Martin on taping sitcoms in the ’90s vs. making them under lock-in: Still similar

For veteran actress Carmi Martin, there is not much of a difference between taping a sitcom in the 1990s compared with situations in the present.

She said this after being asked about her thoughts on the sitcom set up during the online press conference for “GVBOYS: Pangmalakasang Good Vibes” last week, June 26.

For example, to be affective in delivering one’s lines, Martin said one needs to really be focused and to study the script carefully, so one would know how to approach a character.

The slight difference, according to the actress, is having sessions now where the cast throw lines at each other for the director to see beforehand how the scene would flow. She also noticed that if before, they are sent individual copies of scripts, now they print their own copies.

Given the pandemic situation, Martin said she actually enjoys the lock-in tapings because it affords her the chance to bond with her fellow actors during break time. In a lock-in set-up, all actors are holed up in one hotel and usually have their own rooms. She also likes the short time that one has when working on a sitcom.

(Sitcoms really take shorter to shoot, but the good thing now is we are able to bond within the eight days we work together, after which we can go back to our families.)

Martin plays Pearly, the landlady of Nikko Natividad, Jerome Ponce and Dave Bornea in “GVBOYS: Pangmalakasang Good Vibes” which will be streamed on the Puregold Facebook page and YouTube channel starting Saturday, July 10.