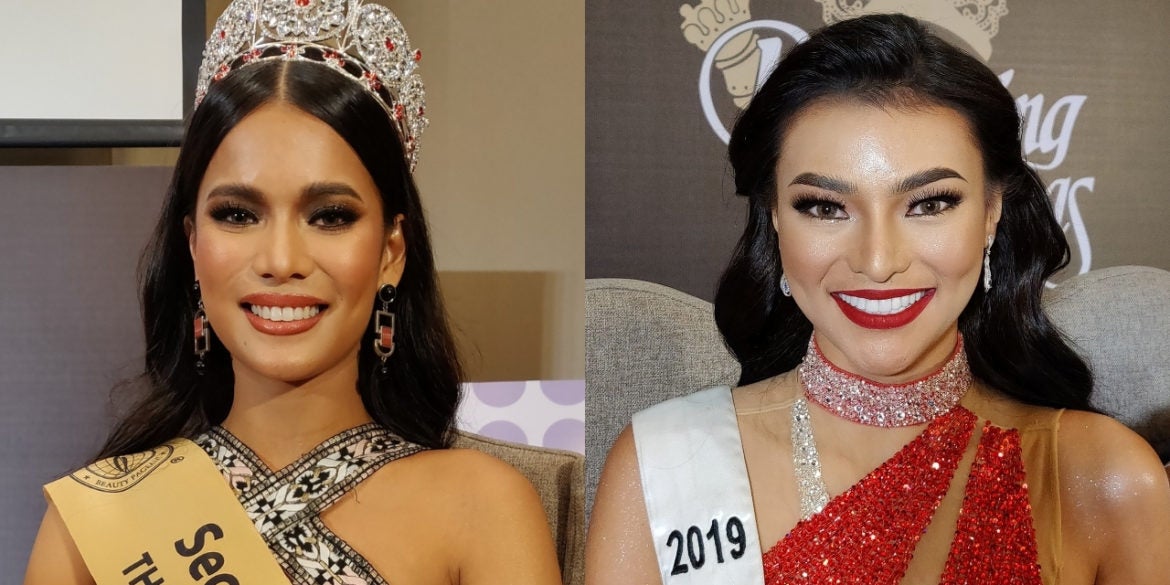 MANILA, Philippines—When Leren Mae Bautista and Emma Mary Tiglao received their respective Binibining Pilipinas titles in June 2019, they never thought that they will be holding on to them far longer than usual.

Not only has the COVID-19 pandemic extended their reign, it has also given them time to ponder on the significance of their crowns, and how their lives have changed ever since they joined the illustrious list of accomplished Filipino queens.

“After making it on the Bb. Pilipinas stage, it taught me a lot of things. It made me wiser, relaxed and made me become more compassionate and driven to serve people,” Leren Mae told the Inquirer in an online interview.

The 2019 Miss Globe second runner-up said the pageant also built up her faith, and made her believe in herself, and her dreams.

Emma Mary, for her part, noted how she has come full circle more than two years since receiving her Bb. Pilipinas crown.

“During the 2019 pageant’s [question-and-answer], I was asked about the importance of free press in our society. Now, I am part of media. And I am now very much aware of the responsibilities that go with it. I am continuing my advocacy of spreading awareness to people about issues affecting us and the world,” she said.

Leren Mae said she feels “nostalgic” now that her reign is about to end.

“It feels like we were just crowned yesterday, and there are a lot of memories to be treasured that I will truly miss,” she shared.

Emma Mary, however, is more “excited” because she will finally be able to have a farewell walk.

“I joined different national pageants since 2012. This time, I will be able to pass the crown to a woman whose life will change,” she said.

Leren Mae hopes to crown someone “who doesn’t give up,” because “there will be a lot of challenges, disappointments and negativities coming her way.”

She also said she hopes her successor would use her crown “to amplify her voice by sharing what she stands for, to help people who are in need and to show her purpose.”

She said her wish is for the new queen to use the crown “as her inspiration, her drive.”

All the pageant’s queens have a saying that goes, “once a Binibini, always a Binibini.” And for Bautista, this is more than just a catchphrase but a legacy.

Emma Mary, for her part, said it means “an experience that they cannot just take away from me. It has this special place in my heart. A feeling that I will never ever forget.”

Both Emma Mary and Leren Mae will crown their respective successors at the 2021 Binibining Pilipinas coronation night at the Smart Araneta Coliseum at the Araneta City in Quezon City on July 11, at 9:30 p.m.

But because of the COVID-19 pandemic, the pageant will be staged without a live audience.

It will, however, be the first time in decades where spectators at home may catch the ceremonies in real-time through various channels.

In the previous editions, the actual ceremonies start way ahead of the telecast, and the viewers only get to watch a delayed broadcast on the same evening.

This year, the Bb. Pilipinas coronation night will be seen live on the pageant’s official YouTube channel, and will have a live simulcast on A2Z Channel on free TV, and on the Kapamilya Channel and Metro Channel on cable, and will also be streamed on Kapamilya Online Live.