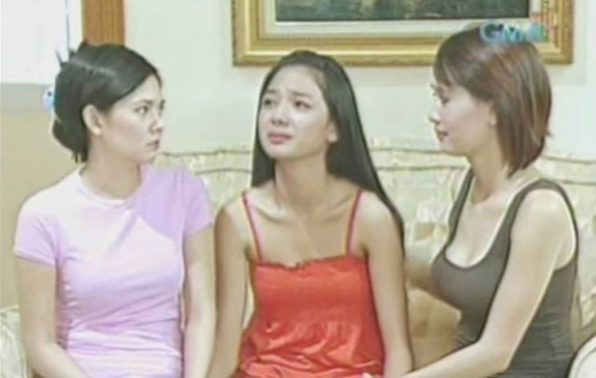 For many years now, actress Jennica Garcia has been deemed as frail-looking by some who note that not even motherhood has changed her weight.

Garcia recently spoke about such concerns on her weight, in her Instagram page yesterday, July 11, accompanied by a 2009 photo, showing her with fellow actresses Chynna Ortaleza and Chariz Solomon in a GMA Network show.

“As you can see mukha kaming tatlong kawayan. [emoji] Kawayan pa rin po kami ngayon,” she joked. (We looked like bamboo before, we still look like bamboo now.)

“I understand your worry about my weight,” she said, noting that her father was also worried about it that he had her brought to the hospital last April, for an overall check-up which eventually yielded normal results.

“My Ninay and I discovered that my heart is smaller than how it should be when I was only 7 years old that is why it is not unusual for me to faint/collapse when feeling an extreme emotion crying/excitement but again, other than that, everything is normal,” she stressed.

“Chyns has 2 kids just like myself, while Chariz has 3 and yet we all still have the same body frame,” she added, referring to the throwback photo. “I am not underweight.”

“I do not exercise or follow a diet either to be in the body shape that I am in. Last time I exercised hindi pa po ako Nanay (I wasn’t a mother yet). My ‘kain tayo’ [let’s eat] post where I shared a photo of my meal before… Hindi po konti yun. ‘Yun ang pagkain ng lahat ng tao dito sa Las Hermanas (That’s not a small meal. That’s the meal of everyone here in ‘Las Hermanas,’” she added, also noting that the meal consists of “1 cup of rice with 2 chicken parts.”

Garcia also explained that exercising is needed not only to be trim but to stay healthy and to catch up with the physical activities of her kids. She plans to start exercising again by August. As for food, she believes she has to eat more vegetables to make up for her high intake of cholesterol from her favorites like “ox brain, bone marrow, proben, buttered crabs and shrimp.”

She hopes that by finally addressing the concerns on her weight, people would relax and stop worrying about her.

“Thank you for all your concern, sadyang dumadami lang po yung nag aalala kaya naisipan ko pong ipaliwanag para isahan na lang,” she said. (The concerns are just piling up so I thought of explaining it once and for all, in one go.)

Garcia recently separated with her husband, actor Alwyn Uytingco, with whom she has two daughters. JB