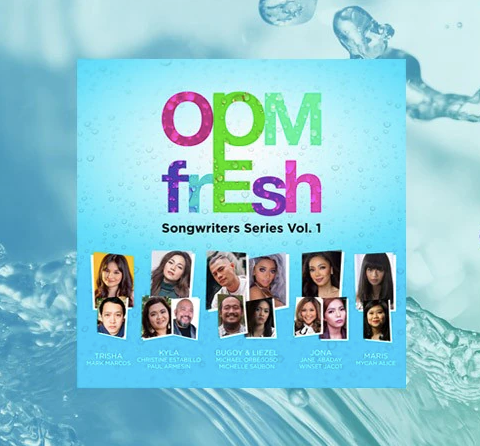 One of the tracks in the mini album is “Kaya Pala,” interpreted by Jona and written by Jane Abaday of ABS-CBN Regional together with Winset Jacot. The song emerged as Best Song in the Kapamilya Himig Handog.

“Super inspired talaga ako of the whole idea ng Himig Handog (I’m really super inspired by the whole idea of himig handog). That your song will be interpreted by one of the best and talented singers in the Philippines,” the MOR Entertainment’s “Good Time ‘To” co-host said.

Her entry, a mellow track about a girl who finds out that her guy crush is in a relationship with a fellow man, was really intended to be a light and playful song.

“This serves like an anthem for all the girls out there who actually happens to have a crush on gay people. Through this song, they can sing, cry, and laugh their hearts out,” Abaday said.

For being the grand champion, Abaday went home with P20,000 cash prize.

“It was about my wife. It’s me telling her that it’s okay. If we have a problem today, tomorrow it will be gone,” Marcos said about his composition.

The third best song prize went to “Mahiwaga” written by Michelle Saubon (formerly of Marketing) with Michael Orbegoso. It was interpreted by Bugoy Drilon ang Liezel Garcia. Saubon went home with a P10,000 cash prize for her winning song.

“The song is a celebration of love. We want to dedicate this song to people who already experienced the magic of falling in love with someone you did not expect,” Saubon said.

The two other winners were Christine Estabillo who composed “Ikaw Na Lang Ang Kulang” interpreted by Kyla; and Mycah Borja who wrote “Stop Missing You” performed by Maris Racal.