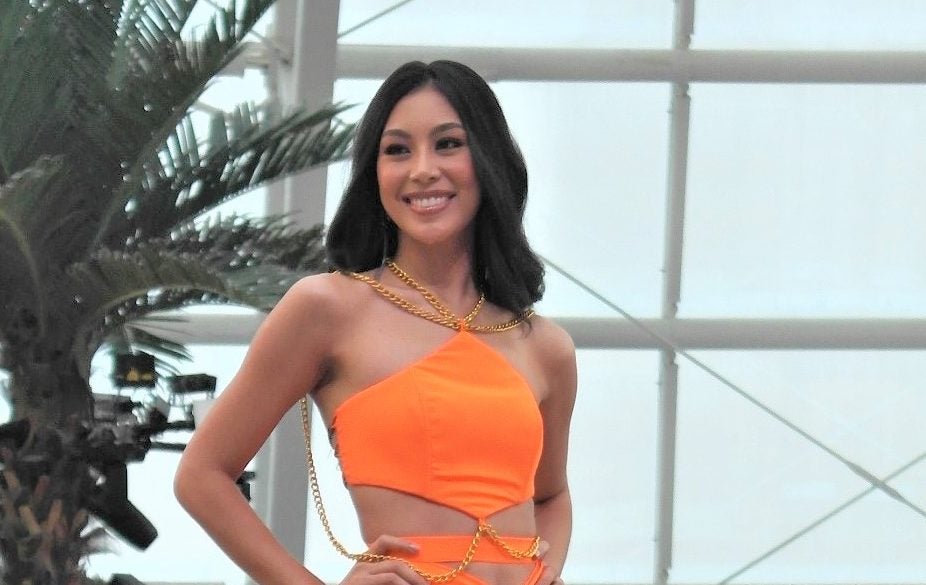 MANILA, Philippines — The 2021 Miss World Philippines pageant may have postponed its coronation night, but it has already crowned a new queen a day before the supposed finals schedule.

“I want to let you know, the people watching now, that the ones who judged and chose our official candidate for Miss Supranational 2021 are the candidates,” Vegafria said.

The 2021 Miss World Philippines coronation program was supposed to be staged at the grand ballroom of Okada Manila in Parañaque City on July 25. But the ceremonies were postponed when Malacañang said on July 23 that general community quarantine (GCQ) “with heightened restrictions” will be in effect starting July 23 until July 31 in the National Capital Region, Ilocos Sur, Ilocos Norte, Davao de Oro, and Davao del Norte.

The tighter quarantine, imposed amid the threat of the deadlier Delta variant of COVID-19, includes restrictions on mass gatherings, where the staging of the coronation night would fall.

The national pageant organization was pressed for time, because the 12th edition of the Miss Supranational competition is scheduled in Poland on Aug. 21 (Aug. 22 in Manila). Vegafria said in the video that the delegate is set to leave for the European host country on Aug. 3.

After her coronation, Pajares said, “I’ve been joining pageants since I was 10. I’m good in ‘pasarela’ (pageant walk). I’m good at doing my own makeup, I have a nice personality. I know how to answer in the [question-and-answer] portion. I’m all of them. And this is something that the world should witness in Poland.”

During the “Beach Beauty” competition held earlier, Vegafria said his organization needs to choose the most prepared candidate to send to Miss Supranational because of time constraints.

Pajares, also a Philippine Air Force reservist, is not new to pageantry. She had previously joined the Binibining Pilipinas pageant twice and had also won in several other beauty contests.

She is the first representative to be chosen by the Miss World Philippines Organization after it acquired the national franchise previously held by the Bb. Pilipinas Charities Inc.

Mutya Johanna Datul became the first Filipino and Asian woman to be crowned Miss Supranational when she won in 2013.

Miss World Philippines General Manager Arnold Mercado told the Inquirer in an online interview that five candidates expressed their desire to snag the Miss Supranational crown, and the candidates were made to vote among the five. In the Facebook live video, Pajares was seen standing beside three other candidates—model and pageant veteran Rufa Nava, former Miss Manila Kathleen Paton, and Megan Campbell.

“We will support her every step of the way. We will prepare and approve everything that she needs for the Miss Supranational pageant,” Mercado continued.

He also said that the organization is not inclined to fill the spot that Pajares would be leaving behind in the national pageant as candidate number 22.

The 2021 Miss World Philippines coronation night has been moved to Aug. 8, and will still be held at Okada Manila. Aside from the main title, the pageant will also bestow the following crowns: Miss Eco Philippines, Reina Hispanoamericana Filipinas, Miss Tourism Philippines, Miss Environment Philippines, and Miss Eco Teen Philippines.

The national pageant was not able to hold a competition last year because of the COVID-19 pandemic.