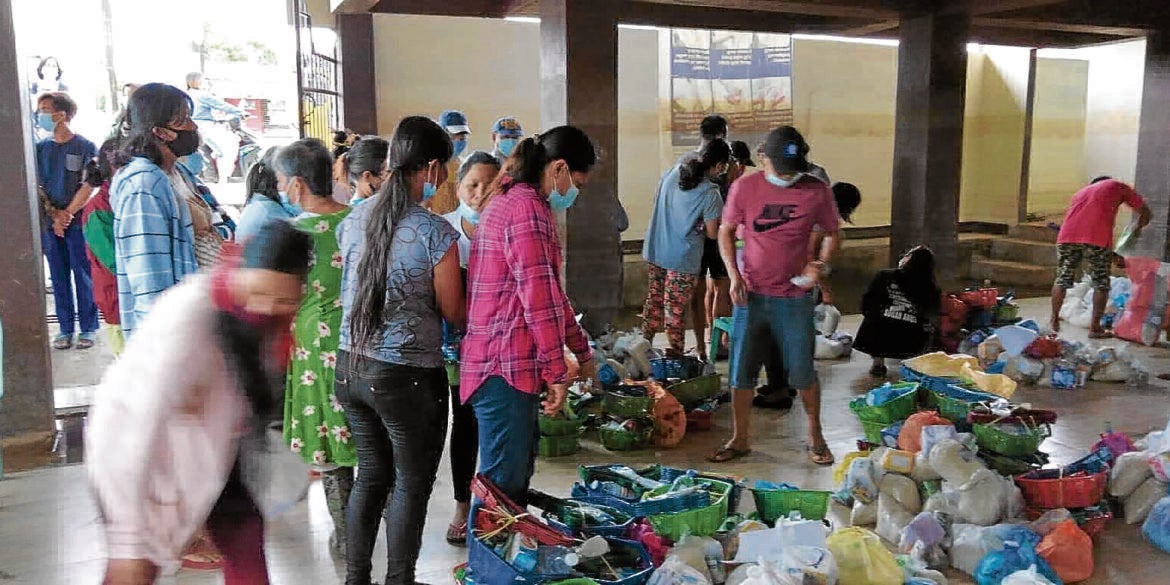 In a conservative country like the Philippines, talking about sex is sometimes seen as taboo. However, a youth-led organization called Amarela disregards this belief.

Determined to make sexual and reproductive health care accessible in the Philippines, Amarela encourages conversing about sex, abortion, birth control and everything that Filipinos believe should be kept behind closed doors.

In this exclusive interview with Lifestyle, the organization’s founder Nina Co and chairs Kira Velasco and Arya Cabutihan lend their insights on the importance of youth activism and Filipinos’ sexual and reproductive health rights (SRHR).

Though the organization only started in 2019 with six members, their social media page has already garnered upward of 14,000 likes. But this did not happen overnight.

“It was a growth, not instant. SRHR is pretty taboo and talking about sex is still hard to discuss,” Cabutihan said. “A lot of the issues that Amarela tackles are things that [Filipinos] don’t want to openly discuss or see.”

Co shares the same sentiments, which is why she thought of starting the organization in the first place. “(We) saw that there was a lack of discourse regarding these topics, especially within our peers and friend groups,” she said. Her goal was to spark discussions about sex, contraceptives and sexuality while also supporting gender inclusivity and condemning violence against women. Cabutihan said that some Filipinos are hesitant to support their cause because they do not fully understand SRHR. “It doesn’t involve simply having sex. It involves family planning, consent, pregnancy and your own gender or sexual identity,” she shared.

Amarela’s main projects include webinars titled “Amarela Talks,” tackling topics such as reproductive health during the pandemic, decriminalizing abortion and transgender rights. It has an ongoing campaign titled “Woman UP” where different Filipinas share what they do to empower themselves and other women.

Amarela aims to provide accessible information to Filipinos about comprehensive sexual education and reproductive health care, so that the public can make informed decisions about their bodies and lives. Co also believes that this would lessen the rates of unsafe sex, teenage pregnancy and sexually transmitted infections.

However, this proves to be difficult, as the fight for sexual education is highly stigmatized by the public.

Velasco agreed, noting that SRHR and our daily lives cannot be separated.

“You should have access to (sexual) education, quality health care and services no matter who or where you are,” Velasco said. “It is a basic human right. In this political landscape, there is a big lack of choice—not because people don’t want to choose, but because people can’t choose. There are all sorts of barriers blocking [these] health-care services from being made available to the Filipino public.”

Despite the amount of support it has received, Amarela still experiences threats on their posts. Co explained that a lot of people disagree with their more controversial advocacies, such as legalizing abortions, access to contraceptives and LGBTQIA+ rights.

Despite the obstacles, Co hopes that those who share different views from Amarela maintain an open mind. “It’s alright to not share the same views as other people, as long as you don’t impose or force your beliefs on other people who may feel differently,” said Co.

Amarela is only one of the many youth-led organizations lobbying for societal changes. As the years progress, more young Filipinos feel the need to contribute to causes they believe in, and inspire others to join the fight.

Cabutihan said that though a lot of traditionally patriarchal ideas were internalized by young Filipinos, Gen Z is generally more open to new ideas and information.

“We believe we deserve better,” she said, emphasizing the importance of youth activism. “Who else is going to start (changing things) but us? We want to serve as this bridge that connects the society we want with the society we have right now.”

Velasco added that as the generation that will experience the consequences of changes happening now, the youth deserves a say in social issues.

The author is a student at Ateneo de Manila University.