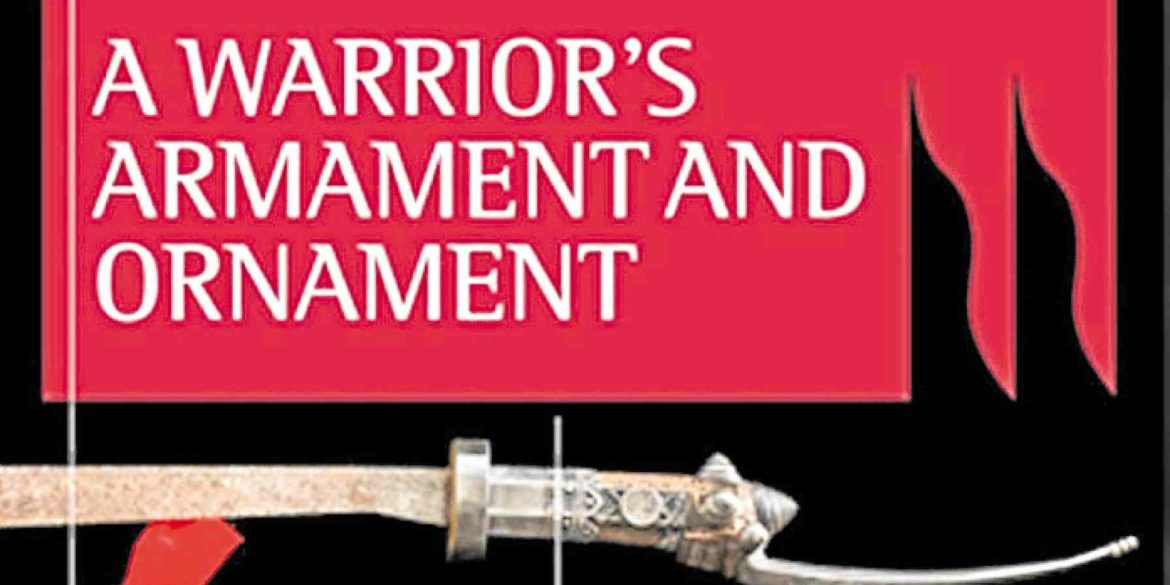 A landmark book has recently been released, detailing the history, heritage and artistry of the indigenous bladed weapons of the Philippines.

Published by Museo ng Kaalamang Katutubo (MusKKat), “A Warrior’s Armament and Ornament” features rare weapons of immense cultural value that our ancestors used in hand-to-hand combat as well as in their daily lives.

These weapons, a total of 163 objects, were donated to MusKKat by Edwin R. Bautista, the chief executive officer of UnionBank, who is also the coauthor of the book.

The book “tells stories about bladed weaponry forms from several regions in the country, and describes their significance, background, meaning, use and cultural context.”

It likewise features the artistry and distinct designs of these weapons which provide details on how precolonial and indigenous Filipinos lived.

The book notes that “these weapons are about power and status, as lethal as they are ritual, representing dominance yet bearing no visible marks of fierce battles and skirmishes, no caked bloodstains and no kill marks etched on knives and swords, no deep scratches and punctures on a shield, an armor and a helmet—the distinctive features of many of the 2,500-plus weapons in the MusKKat collection.”

In the introduction, Jaime Laya emphasizes that this publication sheds light on the rather obscure aspects of Philippine culture and society prior to the arrival of the Spaniards in the 16th century.

“Pistols and machine guns are the norm nowadays, and the Edwin R. Bautista Collection brings us back to the time when our ancestors settled disputes and upheld honor in battles to the death and in hand-to-hand combat, and when weapons were not only utilitarian but were also masterpieces that proclaimed status, belief system, artistry and somewhat unexpectedly, economic development,” he notes. 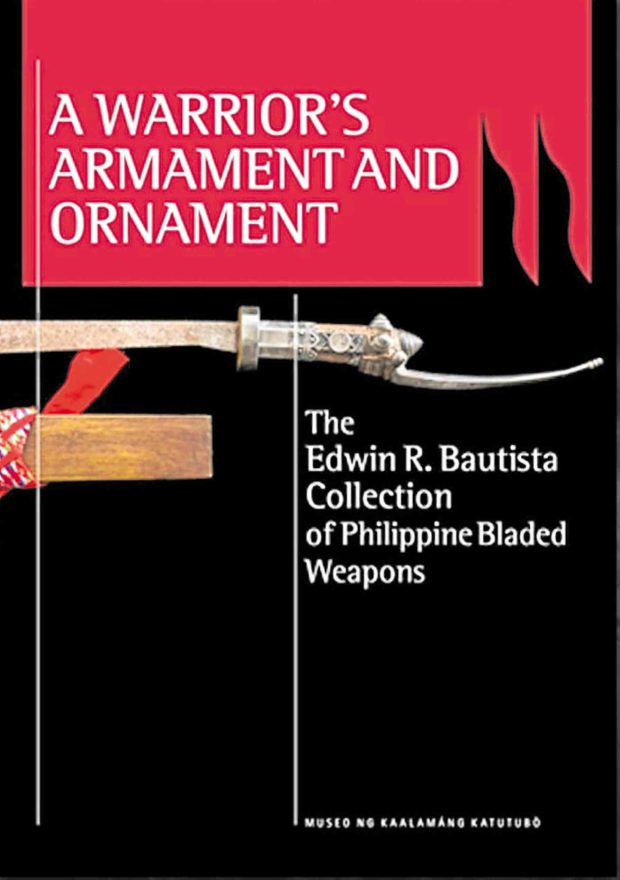 “A Warrior’s Armament” narrates the story behind Bautista’s collection, starting from a tálibong from Capiz gifted to him by his grandfather when he was young, to the donation of his collection to MusKKat, the institution Bautista describes as the “worthy custodian.”

Apart from tálibong of the Panay Bukidnon in Capiz and Iloilo, and of the other groups in the Visayas, weapons featured in the book include the tabák of Luzon, pinutí of Cebu, iniyutang of Aklan, punyál of the Visayas, sondang of the Maranao ethnic group, barong of Basilan and Zamboanga, pira of Basilan, kris and kalis of Sulu, and other weapons in Mindanao, such as gunung and budiak.

Written by experts on the subject matter and Philippine culture in general, the book is an excellent resource not just on Philippine weaponry but on Filipino culture, society and heritage.

It is not just a window but a door to the past, allowing the reader to enter the realm of Philippine weapons from forging, design, use and cultural meanings.

As with the other tangible and intangible elements of our culture, these bladed weapons are likewise significant in giving sense to what is the Filipino identity.

The book is a treasure in itself that must be read and reread. —CONTRIBUTED INQ.