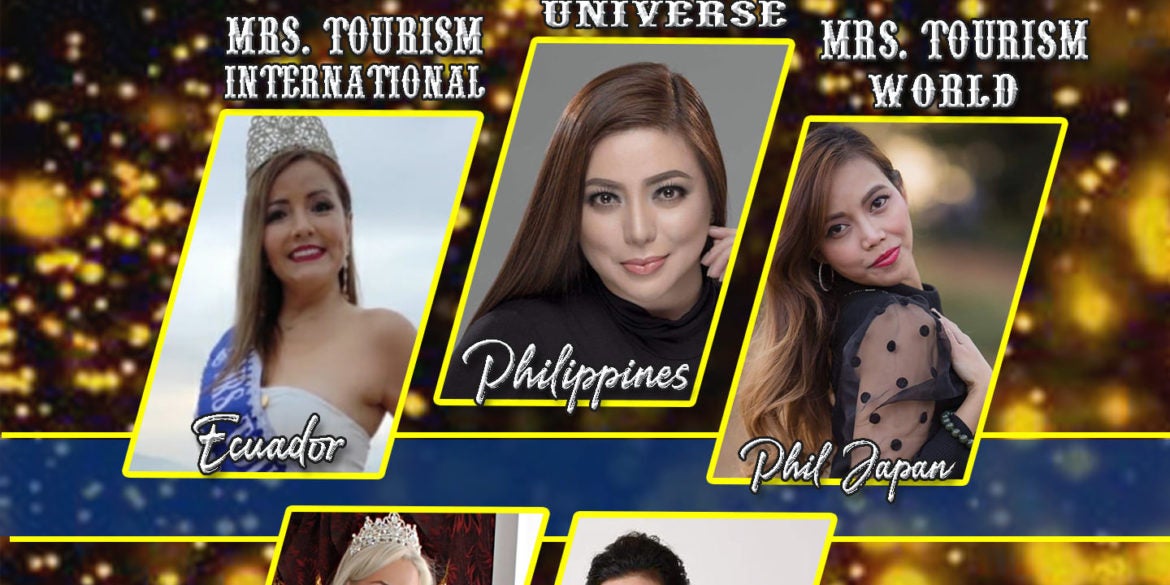 Hemilyn Escudero-Tamayo of the Philippines leads this year’s winners in the Mrs. Tourism pageant./FACEBOOK PHOTO

MAKATI CITY, Philippines — She has just finished successfully defending her master’s thesis, but beauty queen Hemilyn Escudero-Tamayo has added another feather to her cap, or rather, a jewel to her crown.

The Philippine Air Force reservist and mother of two was proclaimed Mrs. Tourism Universe at the culmination of the virtual competition for the 2021 Mrs. Tourism pageant on Aug. 3.

Tamayo, who has had an impressive beauty contest resumé in both the Miss and Mrs. categories, was also the former president of the Mutya ng Pilipinas pageant. For her recent competition, she was also proclaimed Best in National Costume, Best in Speech, Best in Talent, and “Most Viewed Mother” on both Facebook and YouTube. She was also one of the five “Most Supportive Candidates.”

It was beauty queen-maker and pageant mentor Rodgil Flores of the “Kagandahang Flores” beauty camp who convinced her to give pageants another shot, she told the Inquirer in an earlier interview.

“After seeing the itinerary given by Lamberto Ricalde of Megastar Productions, I said, ‘yes, I’ll give it a try.’ Because originally this was supposed to be held in Thailand,” Tamayo shared.

The organizers later opted to hold a virtual pageant instead because of the recent surge in COVID-19 cases in many countries.

The Filipino queen said she hopes to use the Mrs. Tourism platform “to safely and responsibly promote and bring back tourism in the new and better normal. Herd immunity through vaccination is the main solution in bringing back tourism, jobs, the economy, and the future for the next generation.”

The pageant said it is looking for “a mother who cares for the world,” and Tamayo believes she is that woman.

“I take care of my own children and the people around me,” she declared.

“As mothers, we are selfless and sensitive to the needs of others. We will always have a good heart and a desire to help,” Tamayo added.

The 2021 Mrs. Tourism Universe is the wife of Richard Tamayo, president of Perpetual Help Medical Center in Las Piñas City.

Over 30 mothers from around the world competed for five titles in the international tilt’s fourth edition. The Mrs. Tourism World crown went to another Filipino woman, Catherine Yogi who carried the “Philippines-Japan” sash.

Rounding up the circle of winners is Peru’s Lisha Alencastre Nin who was proclaimed Mrs. Tourism Earth.