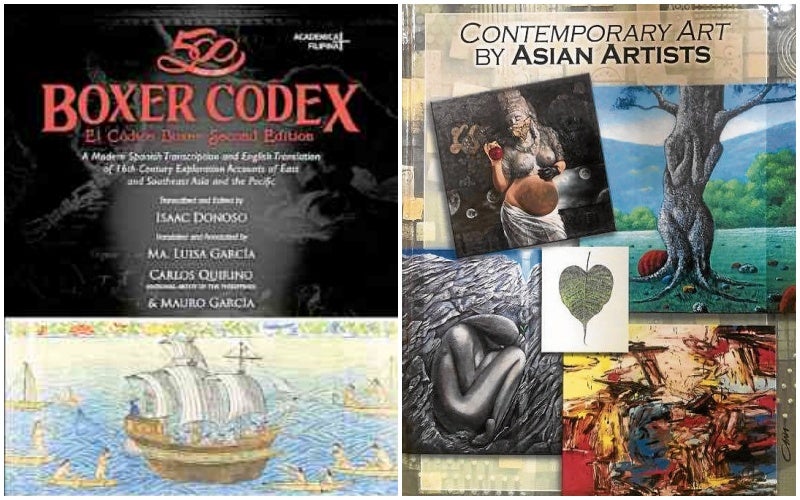 The “Boxer Codex” is a 16th-century codex that was eventually named after its last owner, the British scholar Charles R. Boxer. The illustrated manuscript contained eyewitness accounts of various cultures and places in East and Southeast Asia, including the Philippines. These accounts were compiled into a book with the purpose of convincing the king of Spain to launch further expeditions in the region.

Since this manuscript was discovered in 1947, scholars have expanded our understanding of this document, which gives the clearest depiction of the lives of early Filipinos as well as the culture and politics of early modern Asia. In addition to presenting the Spanish text and English translation side by side, Vibal’s edition contains an introduction by Donoso that situates the codex within the global and historical context of its time. The book entered the No. 1 slot in Amazon.com’s Hot New Releases under the historical study reference category on Aug. 2. (Vibal Foundation; available at shop.vibalgroup.com, Amazon.com, Lazada and Shopee.)

The book gathers a formidable lineup of Asian visual artists. Aside from Filipino artists, also featured are noted art figures in Malaysia, Indonesia, Thailand, Singapore, Vietnam, Hong Kong, Bangladesh, Taiwan, Nepal and India. The foreword is by President Rodrigo Duterte, with messages from Danny M. Rayos del Sol, head of National Committee on Art Galleries of the National Commission for Culture and the Arts; professor Dr. Sahar Sa’di Hashim, rector of the National Academy of Arts, Culture & Heritage in Kuala Lumpur, Malaysia; and Dr. Dipankal Roy, president and CEO (worldwide) of International Art Acts. (The Filipinas Institute for the Advancement of Arts and Culture; tel. 0967-3966402.)