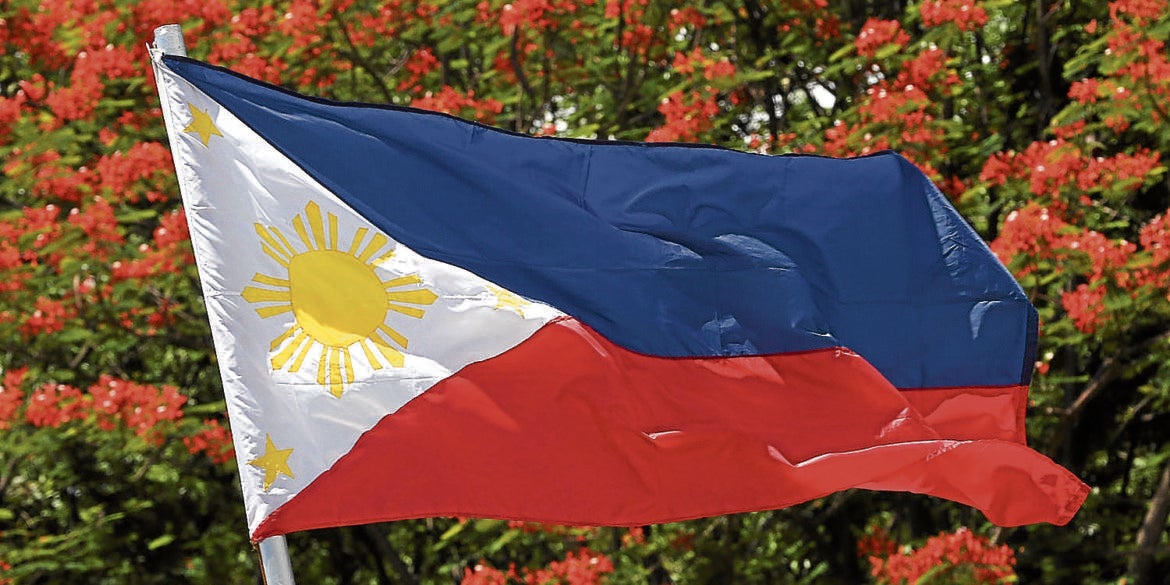 The flag represents not only the revolution started and continued by heroes then and now, but also our aspirations for ourselves and for the country we call and claim as ours

I did not know when it started. But my mother has always told me the story that one afternoon, when I was in daycare, I was not found inside the classroom. Instead, I was staring at the flagpole of the school, watching the Philippine flag fly with the wind.

While I can only remember snippets of my childhood, photographs—and I mean the old style when we still had the negative films—have a nostalgic way of reminding me what it was like.

During the celebration of my first birthday, which happened to be in the same month the country celebrated the centennial of the proclamation of independence, my cousin posed in front of my birthday cake holding a flag. Years later, I saw myself holding a small flag flying from a plastic pole, inserted between two monobloc chairs mounted on a small plastic table.

When I was 7, I had a table flag with the Philippine flag and the American flag on one base. And the interest did not stop there. My father had me build a short wooden pole from the sash factory, complete with rope and pulley. As for the base, he used a circular plastic base filled with water which came from a kid-size basketball set that was hollow in the middle. When the base had cracks and water was leaking out, he made sure that they were covered with a sealant.

Whenever that flag was hoisted on my small pole, I would bring it every morning to my aunt’s terrace nearby for the sea breeze to let it fly. Since we lived beside the sea, the wind was not a problem at all. When we moved to a new house, this was sadly lost.

The blood of heroes

I am always overwhelmed whenever I see the flag flying proudly, the colors breezing through the air. Its shade of blue; the red that the blood of heroes—then and now, remembered and forgotten—have offered for the freedom of this country; the white equilateral triangle; the three stars and sun that shine brightly evermore.

Years later, I rediscovered my interest in flags.

On my bedside table, I taped a table flag. In my workspace in the library room, I have a 1.5 ft by 3-ft flag on a long steel pole. At the window facing the road, I also have a small flag I tied to the window grills.

Relatives and friends have also gifted me with flags from the countries they have traveled to. And in the short time I lived in Metro Manila before the pandemic happened, I strolled along Sta. Cruz in Manila to buy and have flags customized.

One set I am proud to have is the Flags of the Revolution, mistakenly labeled in charts and briefers as the “Evolution of the Philippine Flag.” While the existence, accuracy and period of use of these flags are always subject to validation, they remind me—and us—of the ideals and actions of our heroes during our beleaguered colonial past. They were humans with frailties and all, much like us today. They lived in their time and fought for their own notion of freedom.

In a conversation about the flag on Twitter, I recalled a departure from the usual protocol of having the for a particular head of state and instead have the flag of that country follow the leader. While it was purely ceremonial, the backlash it received was a shame. But it also shows, along with the other instances desecrating the flag and our national symbols, how we accord the flag respect and dignity.

I am aware that my personal collection is not that much compared to that of others, and I have yet to learn more. I also aspire to make my collection bigger including flags from other countries and flags that represent the minorities.

The flag that flies high, proudly and mightily, represents not only the revolution started and continued by heroes then and now but also our aspirations for ourselves and for the country we call and claim as ours. It is our National Color, one to which we give utmost reverence because it is every bit of Filipino as we all are and in totality, the sum of the past, present and future.

The author is a graduate of University of the Philippines Los Baños.