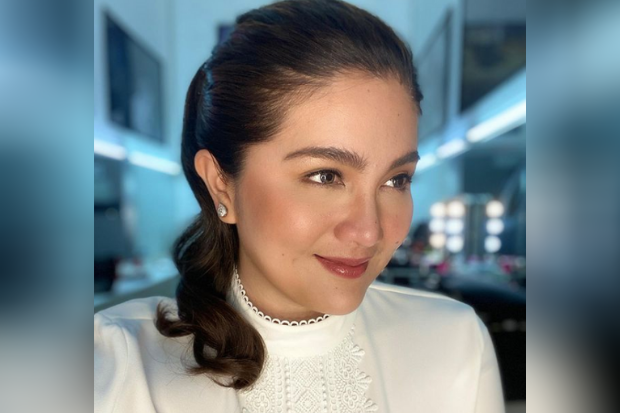 Actress and entrepreneur Dimples Romana seems to be taking on a new venture which she regards as an answered prayer.

Romana expressed her excitement about the project as can be seen on her Instagram page last Friday, Aug. 20, where she shared a zoom conference photo. Her husband Boyet Ahmee is also in the photo. Romana is yet to announce more details about the project, as of this writing.

“This photo marks the beginning of a new partnership. My [heart] literally skipped a beat when I read the invitation and what it was for,” she said.

“Kaya kahit minsan gusto kong magsumbong sa Panginoon at maglapit ng personal kong dasal, madalas napangungunahan na ako ng hiya, because in all honesty Boyet [and] I are blessed with struggles that are not as disheartening as the battles of others,” she added.

(That is why sometimes, though I want to complain to God and ask Him for personal favors, I often feel ashamed, because in all honesty, Boyet [and] I are blessed with struggles that are not as disheartening as the battles of others.)

But though Romana thinks that her prayers “seem like they are not as important [and] pressing as the prayers of those I speak with and reach out to,” she also thinks that God would want her to surrender to Him her worries, as if He is telling her, “Let me lighten your load.”

Aside from acting, Romana has ventured into various businesses. She recently established a restaurant in Singapore, owns a farm in Cavite, and produces videos for her own YouTube channel. JB