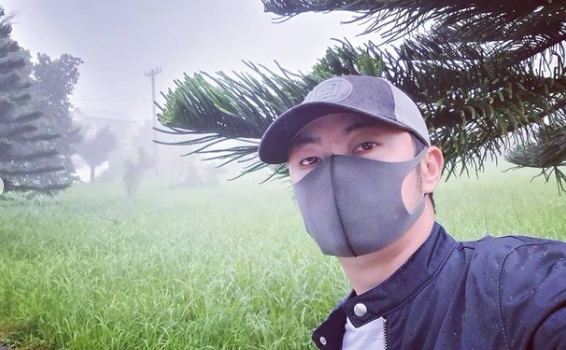 Typhoon Jolina wreaked havoc in Metro Manila and nearby provinces, and considering the damage caused, Parokya ni Edgar frontman Chito Miranda lamented the fate of those whose houses were not built too well.

Miranda initially felt disappointed over the cut of internet services in his area, as can be seen in his Instagram page today, Sept. 8, where he shared photos of his family’s place in Cavite, covered by fog. He then spoke about a few problems in some of his family’s properties.

“Hassle din kasi may mga tumutulo dito sa bahay, at may tulo din daw sa isang room sa resthouse, at sa cottage,” he revealed. (It’s a hassle because there are leaks in the house, in one of the rooms in the rest house, and in the cottage.)

Miranda nonetheless feels lucky that these are the only problems he has to deal with.

“Sobrang thankful talaga ako kasi at least ok kami ng pamilya ko dito,” he said, further sharing that he spent a chill day with his son whose online classes were suspended for the day. (I am very thankful because at least my family is okay.)

But the storm got him thinking about the condition of families whose houses are not as sturdy as his.