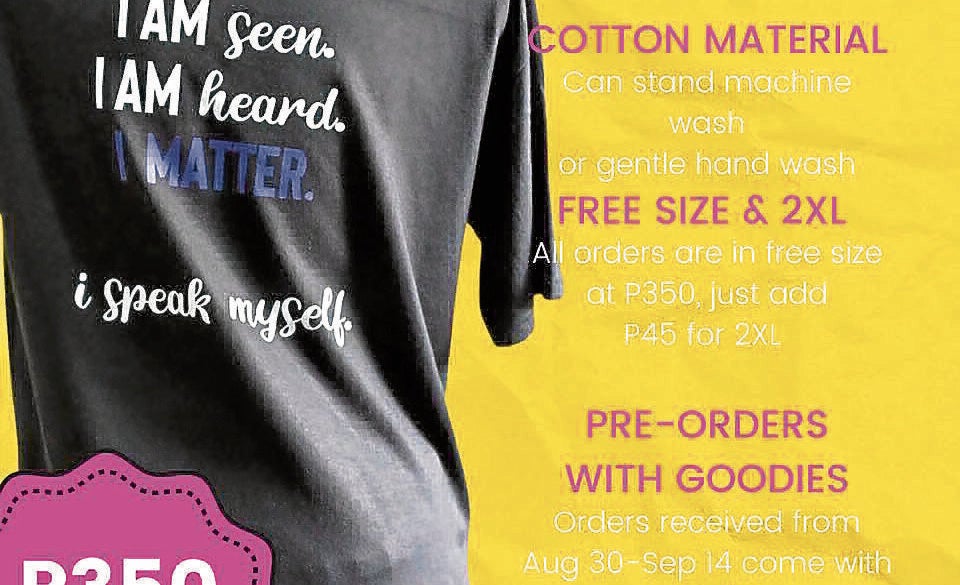 The power of the BTS Army is undeniable.

And this time, they’re using that power to spread awareness about mental health and to raise funds for NGF Mindstrong’s (formerly the Natasha Goulbourn Foundation) Hopeline. Since Sept. 1—incidentally, the birthday of BTS’ youngest member and main vocalist Jeon Jungkook—BTS fans have been coming together on the BangtanStreamPH Facebook and Twitter pages for nightly #SpeakForHope sessions. The sessions are inspired by the chart-topping, history-making septet’s music, of course, and feature themes such as “I am in control,” “Love yourself,” and “Share the light.” They’ve had a session with clinical psychologist Toffie de Jesus, shared self-care tips and encouraged one another to speak up and spread the message of #HopeforHope: “Be seen, be heard, you matter.”

The sessions will be held until today, Sept. 10, World Suicide Prevention Day. You can join via www.facebook.com/BangtanStreamPH7 on Facebook or @BangtanStreamPH on Twitter.Different Army groups—BangtanStreamPH, PaDis 0613, Stay Gold Bangtan Bubble Tea, Bangtan Army Funds PH, BTS Army Laguna PH, Army-yah Philippines, Bangtan Army Cebu, BTS Army Quezon City—have also come together for #WearYourHope. They’re selling shirts for the benefit of Hopeline. For every P350 shirt sold, P100 will go to Hopeline and will be used for training and compensation for responders, equipment purchases, additional care for high-risk callers, webinars and other educational initiatives.

Hopeline is a 24/7 emotional crisis and suicide prevention hotline run by the nonprofit organization NGF Mindstrong.

Fashion designer Jeannie Goulbourn started the foundation after she lost her beloved daughter Natasha to suicide in 2002. “I learned never to be judgmental after the suicide of my daughter. I learn to look at things from different angles. I request that we build bridges of love and compassion.”

Goulbourn has since devoted her life to mental health awareness and suicide prevention in the Philippines.

Hopeline, which has been running for 10 years now, has become even more essential now, with people’s mental health affected greatly by the pandemic.

According to Goulbourn, Hopeline is getting more calls now than ever before (a 200-percent increase!), with as many as over 800 people calling for help in one week. Caller ages range from as young as 10 years old to people in their 90s.

NGF Mindstrong is also holding events for World Suicide Prevention Day—there are two webinars, one from 6 to 8 p.m. and another from 8:30 to 10:30 p.m on Facebook (​​https://www.facebook.com/NGFMindstrong/) and Zoom. “Pag-usapan ang Kahalagahan ng Buhay,” the poster reads.

The webinars will be moderated by Jared Echevarra and will feature a performance by Ballet Philippines and music by Stephen Ku. “For World Suicide Prevention Day, it is important that we break the walls of stigma and build bridges of hope and compassion in our society,” said Goulbourn.

“We’ll be talking about preventing self-harm by recognizing the signs, the symptoms. We’ll discuss techniques of listening without judgment and other methods to assist a person in depression, how to give love and compassion, and what to do when a person is high-risk. Suicide is not an option.”

The webinars are dedicated to OFWs in Asian countries—Hong Kong, Taiwan, Singapore, Malaysia, Korea, Japan—but everyone is welcome to join, of course.

“We also dedicate them to the DepEd teachers, the graduates of the Ang Katatatagan ng Kalooban program,” said Goulbourn.