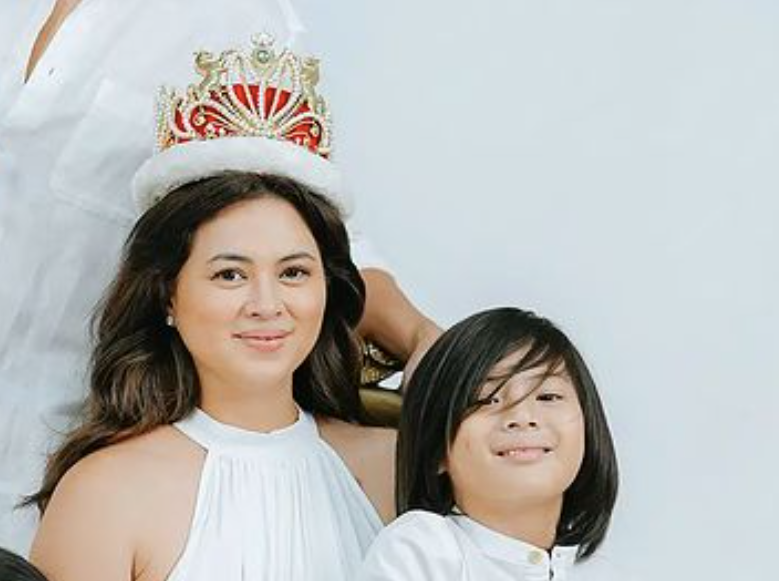 Former Miss International Lara Quigaman has learned that the most important thing in her life is not the crown, fame or money, but her relationship with God.

Quigaman recalled how wrong she was when she thought that winning the Miss International crown was her greatest achievement, as per her Instagram page, Sept. 26, where she shared a portrait of herself wearing her crown, along with her family’s picture.

“16 years ago, I thought I knew what I wanted. I thought achieving my ‘greatest dream’ would fulfill me. That winning the crown was enough…. I was wrong,” she said.

Quigaman won the Miss International crown on Sept. 26, 2005, which makes her post a marker of her win’s 16th anniversary. Despite her success as a beauty queen, though, Quigaman felt there was still a void in her.

“I got all that I wanted, but I felt empty. So ano pa ba ang kailangan (So, what else is needed) to feel [contentment], peace, joy?” she said, recounting her dilemma. “A crown? A career? Wealth? A good husband? Children?”

“But not even my family could have filled that hole I felt I had,” she lamented, noting that “no amount of money, no power, no fame, No One, NOTHING can ever satisfy the heart and soul but Jesus alone.”

“To be Miss International was a great achievement! And I thank God for allowing me to reach that dream, but compared to knowing Jesus and being known by Him- winning that crown is nothing,” she said.

Quigaman, a born again Chrisitian, was the fourth Filipino to win the Miss International crown, after Gemma Cruz Araneta (1964), Aurora Pijuan (1970) and Melanie Marquez (1979). This was followed by Bea Rose Santiago winning in 2013, and Kylie Versoza in 2016. JB