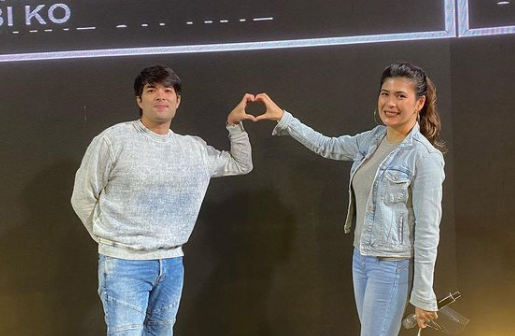 Joross Gamboa believes it’s respect and professionalism which make his team up with Roxanne Guinoo still effective, despite the years that they have not worked together.

Gamboa stars with Guinoo in the second season of the series “Hoy Love You,” directed by Theodore Boborol and which started streaming on the iWantTFC app and on iwanttfc.com last Sept. 11. He is grateful that there are still JoRox fans out there who believe in their pairing to this day.

(The respect and the boundaries of us being friends are still there. So even though we have not worked together for a long while, when we work for “Maalaala Mo Kaya,” followed by another MMK project after two years, whatever project we have works because we stay professional and respectful of each other.)

Gamboa and Guinoo play husband and wife Jules and Marge in the series, a newlywed couple who get themselves embroiled in various problems with their stepchildren and in-laws. He feels “blessed” that they were given a material which is “open for collaboration.” He recalled moments on set when he and his co-stars can openly discuss ideas with their director, and there were instances when their suggestions would be applied.

James Reid on Nadine Lustre seeing a new suitor: ‘I want her to be happy’