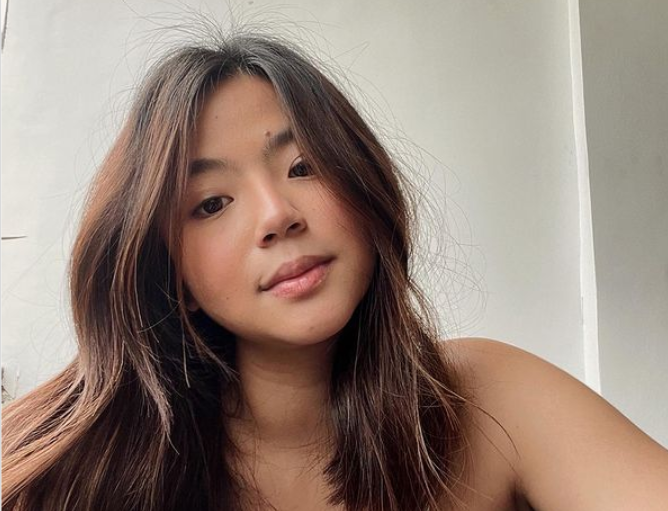 It did not bother Miles Ocampo at all that she would be playing a woman who falls in love with another woman in an episode of the hit TV drama series “Maalaala Mo Kaya.” What she was concerned about was knowing who she would be working with.

(As for me, I did not question the role I will be doing. What I asked was who my partner would be, because no matter how beautiful the story is, if you’re not comfortable enough with your partner, or if you know you’ll have a hard time, it would be difficult to tell the story.)

Ocampo was glad she would be working with Michelle Vito in an “MMK” episode that tells of two YouTube content creators and flight attendants who fell in love with each other, airing on Oct 23 on the Kapamilya Channel and A2Z, Kapamilya Online Live on ABS-CBN Entertainment’s online platforms, iWantTFC, and The Filipino Channel on cable and IPTV.

Ocampo got excited when she finally learned that she will be working with Vito. While doing some scenes, Ocampo admitted feeling a bit awkward because she was doing those scenes for the first time.

“Siyempre, hindi maiiwasan na matawa kami ni Michelle (Vito) sa mga eksenang ginawa namin. First time namin to do a role na ganito po,” she said. (Of course, it can’t be helped that Michelle and I laughed in some scenes. It’s our first time to do a role like this.)

When asked if there has been an “MMK” moment in her life, Ocampo shared that it was during her early days as a child star.

“Gusto kong ipakita na at the end of the day, kahit napag-iwanan ka ng mga ka-batch mo, grumaduate na sila or may iba na silang plans in life, parang you have your own timeline, you have your own story and hindi mo kailangang i-rush ang mga nangyayari sa iyo,” she added.

(I want to show that at the end of the day, even if you have been left behind by your batchmates, if they have already graduated or have moved on to other plans in life, it’s like you have your own timeline. You have your own story and you don’t need to rush the things happening to you.) JB

Miles Ocampo excited about her biggest movie role ever