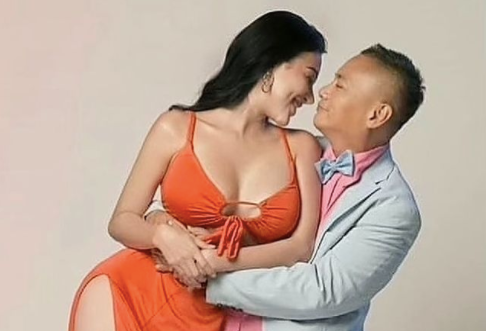 For showbiz newcomer Sunshine Guimary, physical looks do not appeal much, not even age. What she likes in a person is the attitude.

Guimary spoke about what traits she finds attractive in a man during the online press conference for “Shoot, Shoot!” last Friday, Oct. 1. The movie, which also stars Andrew E. and AJ Raval, starts streaming via Vivamax on Oct. 8.

She also likes a guy who is kind, respectful and devoid of vices.

Because she’s playing a sexy character, Guimary was asked how she managed to keep her sex appeal in use despite the film being a comedy.

Guimary admitted that the rapper-comedian is her idol and she used to watch his movies in the past.

(When I finally did a scene with him, it’s hard to maintain being serious. As for the sexy part, I don’t know, I got nothing to say.)

(Andrew E has a signature style which is funny. He changes how his face looks in front of the camera, while on set. The Andrew E. behind the scenes is different from him during the take.) JB