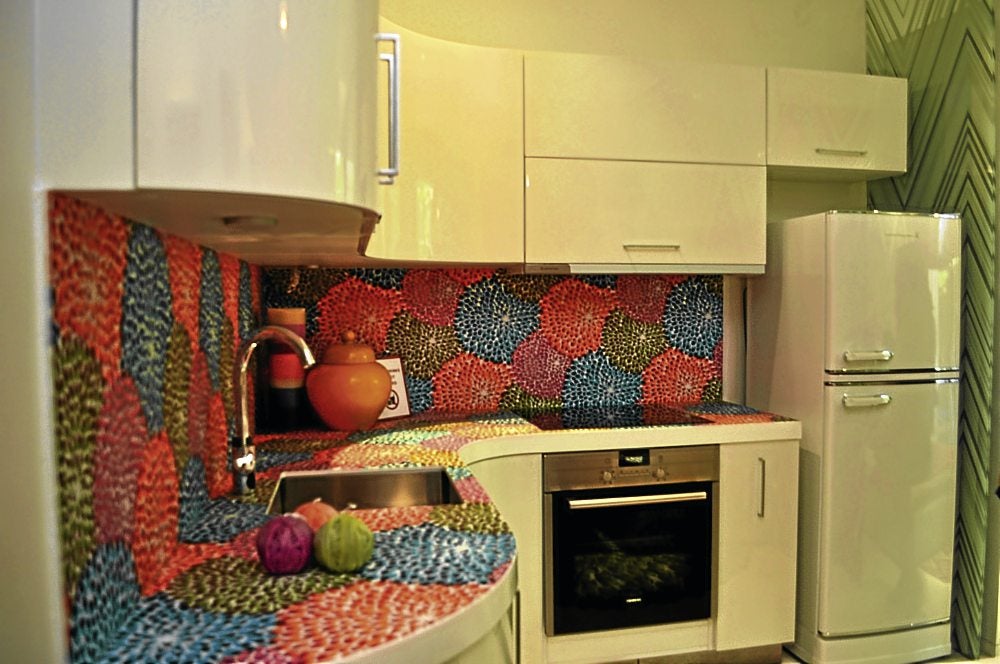 After Versace and Paris, now it’s spaces by Missoni

This time, it has tapped Missoni to design public areas in the 52-story Acqua Livingstone, the fourth of six high-end residential towers grouped under Acqua Residences to rise in Mandaluyong.

Known for its creative use of colorful knits, Missoni, like Versace, is an Italian fashion house, founded in 1953. From knitwear, the family-owned company diversified its business to include MissoniHome in 1983.

Billed as a residential eden in the big city, Acqua Livingstone will boast of such amenities as the Canopy, a multilevel communal area set on top of the building. The semi-open space will house a restaurant, several function rooms, business center, indoor and outdoor gym, library, Jacuzzi and spa.

The upper level is envisioned as a multipurpose social space that will feature an amphitheater, lounge, DJ’s booth and dance floor, pool with “swim-up” bar and barbecue facilities.

Like the building’s lobbies, corridors and even elevators, the Canopy will get the Missoni design treatment, from colorful carpets and drapes with iconic Missoni prints to modern furniture and accent pieces. And owing to its location, the Canopy is deemed by developers as the “pinnacle” of MissoniHome’s “design imprint.”

The Antonio brothers, Marco and younger brother Robbie, led in groundbreaking rites at the Acqua site along Pasig River, just across from Rockwell. Also gracing the launch were Vittorio Missoni, a second generation Missoni and one of the company’s shareholders, and Edoardo Roda, GM of T&J Vestor.

Owned by the brothers of Missoni matriarch Rosita, T&J Vestor is a renowned Italian homeware company, which exclusively oversees and manufactures the MissoniHome line.

Having done five-star hotels in Edinburgh and Kuwait (with several more set to open in Brazil, Turkey, France and Oman), Missoni has ample experience when it comes to designing big properties. But its collaboration with Century marks the first time the Italian brand will work on a residential tower.

In keeping with the project’s theme, Acqua Livingstone is named after a great waterfall in Africa. A number of water features, including three huge man-made waterfalls, will invariably form part of the property’s attractions.

Acqua Livingstone is designed to house 645 units with floor areas ranging from 27 sq m to 140 sq m. Bigger units have enough space to accommodate three bedrooms. Preselling prices will set buyers back by an average of P145,000 per square meter.

Those who want bigger, more private spaces may want to check out a limited series of special units dubbed as the Acqua Privé. The premium collection includes the Townhouse, Sky Garden, Private Garden and Penthouse.

In an exclusive interview with Inquirer Lifestyle, Antonio said he doesn’t see any conflict in Century’s decision to collaborate with two competing and world-famous Italian houses. He also dismissed concerns about the Pasig River as smelly and a potential source of pollution.

He also clarified that future homeowners have the option to hire their own interior designers to do their units. They may choose to echo Acqua Livingstone’s public spaces or come up with their own looks. They won’t be obliged to buy pieces from Missoni or hire its designers.

“Missoni’s look is very different from Versace,” said Antonio. “Versace is very sleek and sexy with lots of black and white and a few touches of color. Missoni is more casual chic and is known for its whimsical use of bright colors.”

The public can get a better picture of what the MissoniHome aesthetic is all about, as Century has built several model units using Missoni products and following actual designs from the brand’s interior designers. The indoor site also features, among others, a man-made waterfall, which is said to be a smaller version of Acqua Livingstone’s yet-to-be-built waterfalls, and lush tropical garden.

Based on the company’s experience in designing hotels, Vittorio Missoni also weighed in: “This is the first time we’re incorporating the Missoni lifestyle in a residential home. Going for Missoni is a choice. It’s not something you buy on a whim.”

The Missonis, said Antonio, were pleasantly surprised when they first visited the Philippines. The country’s tropical climate and fashion-forward community were the “perfect fit with the brand’s design ethos.”

“Asia, in general, is a thriving area,” he said. “And one of the best kept secrets of Asia is the Philippines. We’ve had 45 quarters of continuous growth and we’re one of three Asian countries that didn’t suffer a recession during the global financial crisis.”

Antonio also downplayed the Pasig River’s potential to dampen the premium property’s ambiance. He even challenged us to step outside and smell the air to prove that the river didn’t reek.

“The Pasig River has always been part of our history,” he said. “Filipinos once had a vibrant riverfront lifestyle. During the past several decades, however, the river has deteriorated. Through the valiant efforts of certain individuals and groups, we’re starting to see it come back to life. But everybody has to do his share to save and resuscitate Pasig River.”

By building along Pasig River, Antonio added, Century wants to show the entire country that it’s not afraid to take risks. He envisioned more companies, from hotels to real estate developers, to follow their lead. Since one of Century’s advocacies is to save the environment, it has begun to plant trees within the Acqua Residences’ vicinity.

“Instead of turning our backs on the Pasig River, we should build properties facing it. Soon enough, it may become like Bangkok’s Chao Phraya River, where some of the biggest five-star hotels and tourism-related establishments in Thailand are located,” he said.