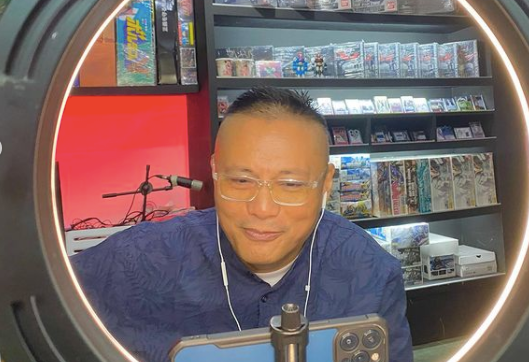 Rapper-comedian Andrew E credits the trending of sex comedy films to boredom, supposedly a direct result of the pandemic.

(Number one, there is a word which the pandemic put on spotlight, and that is boredom, because everyone was stuck in their houses. People’s movements were restricted so boredom was created in that scenario, if not for most, for all.)

With people’s sedentary lifestyle now, Andrew E. believes everything has changed, including the viewing habits of Filipinos.

“Doon sa boredom na ‘yun, naghanap ng flavoring kung paano sila mae-entertain kahit nasa bahay sila,” he noted. (From that boredom, people looked for flavor, on how they will be entertained though they’re in the house.)

For him, this is the reason why Netflix and other streaming platforms flourished during these times. He then took note that luckily, Viva, the producer and distributor of his film, also has the platform to cater to viewers through streaming.

“Shoot, Shoot!” which will start showing Oct. 8, is about Jack (Andrew E.), a small town guy whose ultimate dream is to become an actor. After countless auditions, Jack is finally chosen to play the role of heir to his wealthy relative. While rehearsing his lines, his neighbor hears him talking about inheriting billions of dollars.

Jack’s misadventures start when word spreads around that he’s now a billionaire. He suddenly gets lucky with girls who want his money, as he also gets in trouble with the wrong people. JB