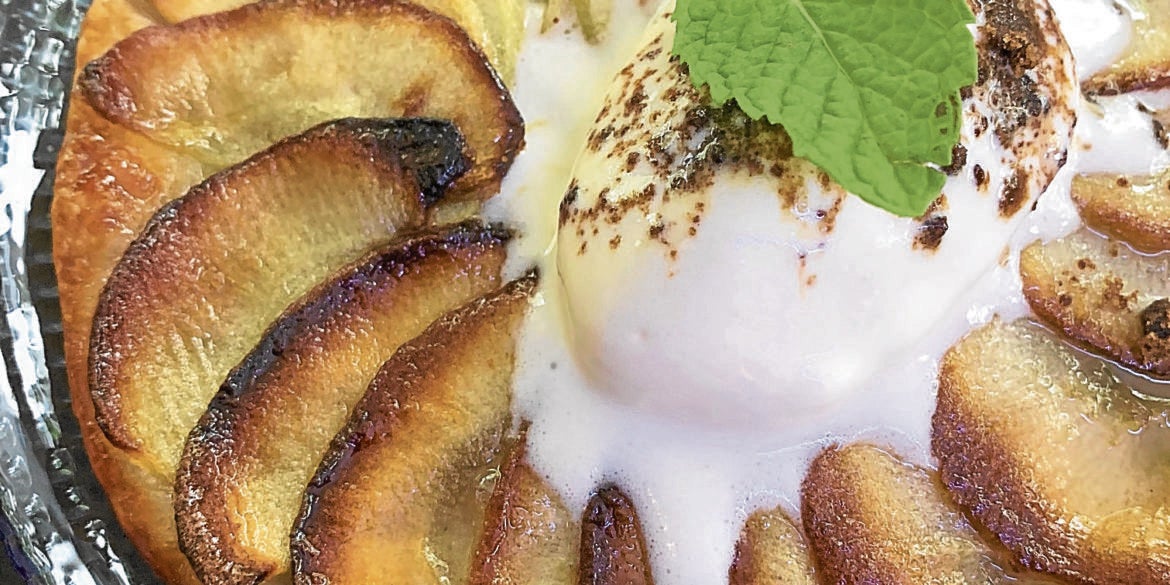 Manduca has the feel of a Madrid tavern, where you can enjoy breakfast, a casual lunch or dinner, and tapas anytime

Manduca is slang in the province of Asturias, northern Spain, meaning “to eat,” and is also the name of a recently opened restaurant in Bonifacio Global City. Founded by longtime friends Amado Garcia and Ricardo Ferreiro Lopez, along with other partners, the space has the feel of a Madrid tavern, where you can enjoy breakfast, a casual lunch or dinner, and tapas anytime in between to go with your wine or caña (small glass of beer).

The friendship started two decades ago when they met in Hesperia Hotel Madrid, where both worked in the F&B department. Amado, then 23, was the sous chef, while Ricardo, aged 19, ran the scotch bar.

Over the years, the former accumulated 26 years of cooking savvy in five-star hotels all over Spain, and six in Manila, while the latter, who hails from Venezuela and grew up in Galicia, had 10 years worth of hotel and catering experience until he moved to Manila nine years ago and dabbled in food and wine distribution.

“Spanish without pretensions,” Ricardo says of what Manduca offers and promises. “We go back to the traditional recipes found in the majority of Madrileñan restaurants, where people eat every day. Clean presentation without excess decoration, simple, and focusing on the highest-quality ingredients.”

Their menu is varied. The starters, for example, are composed of three salads—burrata aliñada with fresh tomatoes, seared scallops with truffle seasoning, and fried goat’s cheese with balsamic reduction. Also available are cold cuts and cheeses. There’s prosciutto, Italian mortadella and jamon Iberico de bellota that can be enjoyed with Comté, manchego and/or brie.

The menu is dotted with the tapas many are familiar with—gambas al ajillo, chistorra picante, croquettes, patatas bravas, grilled octopus and salpicao. But there are playful and unique pica-picas, too, such as the tortilla with cod and blood sausage, and another topped with callos, as well as angulas or baby eel with black herring eggs.

There is traditional fare like arroces; cochinillo (for preorder); pisto, a ratatouille-like stew originating from the region of Murcia, Castilla La Mancha and Extremadura; and cachopo Asturiano, which is akin to a chicken cordon bleu, only this time, the ham and cheese are tucked inside veal fillets. To go with that, Manduca has a signature burger, pastas and pizzas, which may not be traditionally Spanish but, as the owners say, are typically enjoyed in many of Madrid’s tapas bars, too.

The chef culls flavors and inspiration from the different regions of his home country. The cachopos originates from Asturias, and so does the cider, which he has turned into a refreshing sangria. The lamb riblets, which he cooks to have that delicious crust, is typical in Segovia and Avila. And the tortilla from the Basque country. Madrid, which is becoming a melting pot of various cultures, is represented by the brioche de calamares. It is like a lobster roll, with fried squid wedged in a soft, buttery bun with kimchi mayonnaise.

His patatas bravas stays true to the original recipe, which is done without tomato, only chicken stock and paprika. His lentejas or lentils has shrimp, instead of the usual pork, to keep the flavors balanced and not competing. And his roast chicken is cooked thrice—oven-roasted, sous vide in a bag with other spices, then fried upon order. It is served with truffle mashed potato.

Don’t expect sprigs of parsley or unnecessary oil drizzles at Manduca, Amado says. They like to keep it simple—nothing fancy—because delicious food shouldn’t hide behind such things.