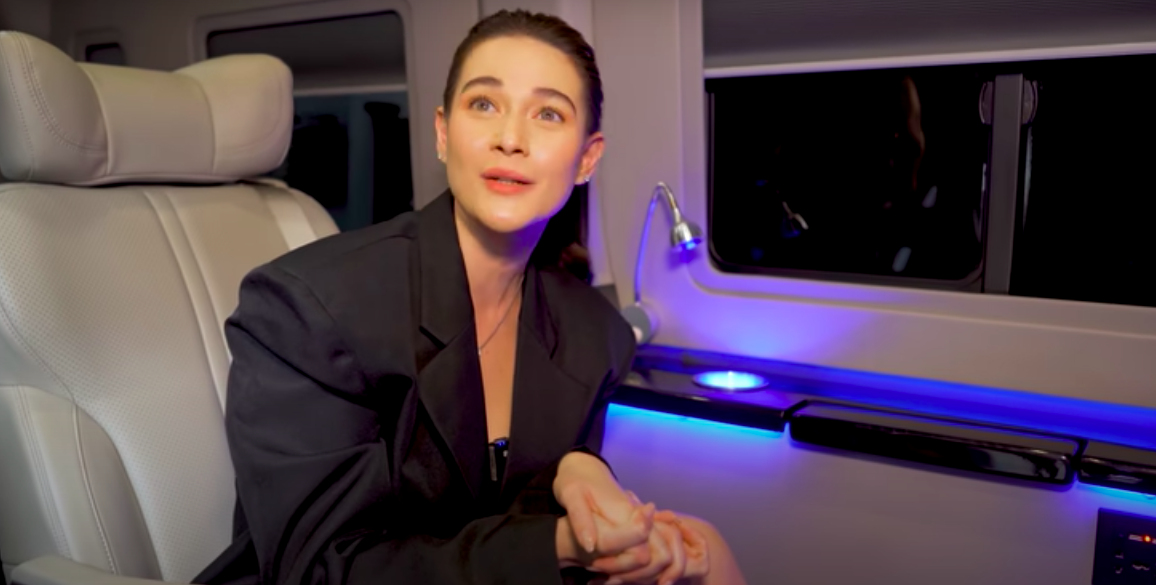 Bea Alonzo finally purchased a new van which she feels has become a necessity for her, more so now because of the pandemic.

The actress gave her fans a van tour via her Youtube channel last Saturday, Oct. 9, under the episode “Van Tour (What’s inside my customized van).”

“I’ve been in the business for 20 years but I never had an artista (celebrity) car before,” Alonzo revealed. Apparently, she never had the need to have her own van for shoots before because she and fellow actors used to stay in production tents prior to the pandemic. This was of course before the pandemic struck.

“[I feel] it has become a necessity [in our work] because we go to a lot of different places and now that there is already this virus going around, [it’s like] you really need that special place that could be your refuge, away from the virus, away from everybody because [we really need] social distancing,” she explained.

The customized van has a comfort room and Alonzo wanted this feature because she does not want to need to stop at gasoline stations to use their comfort rooms. Upon entry during the van tour, Alonzo showed a box with sanitary items. She changed her shoes to slippers and sanitized them.

The van has remote controlled blinds and a small table. It’s like having a mobile office where she can eat or hold a meeting. It has a reading light, as well as a control system for mood lights, and outlets to charge phone sand laptops.

It’s a techie van too, having Alexa, Wi-Fi and a media control system from where she adjusts the audio of the van and its television. There’s also a microwave oven since she cannot eat food when it is not heated.

(I really bring a microwave instead of having the production people worry about where to heat my food. Most of the time, other cast members are happy about it. They request me to also heat their food.) JB