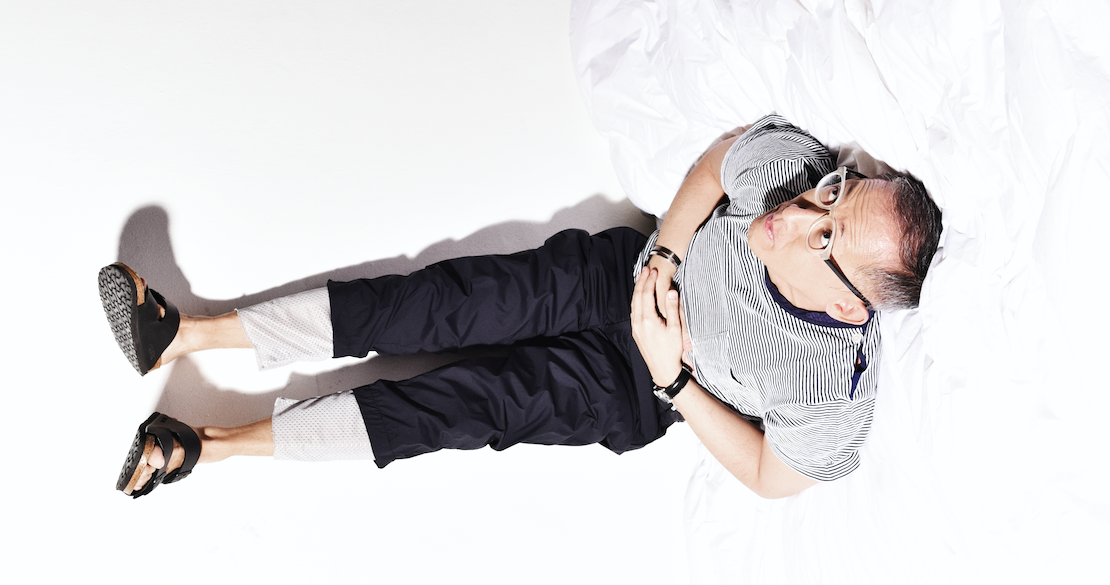 Jappy Gonzalez and I have a running joke about the Philippines being “the wild wild east.” Thirteen years ago, I interviewed him for a piece I was writing for WWD on the luxury retail scene in the Philippines. He thanked me when it was published, saying that his suppliers were “always in the dark with reference to our market, thinking of it as the wild wild east!” and that my article would help to “give them a much clearer picture of the retail landscape here.”

In the intervening years, I’ve followed with interest Gonzalez’s ever-expanding retail empire, his impressive roster of edgy designers and cult labels, and his always of-the-moment concept stores. In a later article for WWD, I called him “a key player in the luxury market in the Philippines who has been influential in shaping local appetite for directional fashion,” in the process building a loyal clientele. It’s no surprise that The Business of Fashion included him among the BoF 500, that definitive index of professionals shaping the fashion industry worldwide.

So, I ask him, more than a decade since that first WWD report came out, do your principals and suppliers still think of the Philippines as the wild wild east? “It depends who you’re talking to,” he tells me, “some are still stubbornly insular. And some are more progressive and can see further than the mind’s eye. I think of it as old school vs new school.”

There has indeed been a lot of learning, unlearning and relearning in the world of fashion in the past 18 months of the pandemic, even if you’re an old hand in the industry, and Gonzalez has been around since 1995, when he launched the first of his multi-brand boutiques, Homme et Femme. Business has been challenging, he admits, but adds in a more philosophical vein, “business in general is challenging. So, it was time to roll up our sleeves and get to it. It is also a time of profound learning; one may liken this to a more catastrophic event, but being in modern times, its effects may have been cushioned.”

Many of the challenges revolved around the same issues, mainly supply chain, but in cases where demand is low, “largely in this (Covid) context, the damage may well have been ‘mitigated’.”

Covid has nevertheless brought a certain universality of experience between Gonzalez and his partners, albeit on a level of that sadly includes unexpected death and loss. “Our relationships with our partners have definitely been forced into a corner wherein everyone has to compromise. But I’ve been lucky with most of our partners. Mostly they can relate to our circumstances, as there is now commonality between us.”

Forward is a position we’ve always taken. Maybe the difference now is a more calculated ‘risk,’ but never letting go of our core values.

Gonzalez made a slight detour into the food business when he brought the legendary Parisan patisserie Ladurée to the Philippines in 2015. Although it was doing well, he closed it in January 2020, citing “certain regulations that didn’t fit in with the business model of the brand.” In light of the events that soon followed, Ladurée’s closure, unfortunate it may have been for fans of its famous pastel-colored macarons, was timely.

This didn’t deter him from bringing in the Japanese minimalist boutique coffee shop chain, OMOTESANDO KOFFEE, which he calls “a passion project.” Again, waiting for the right time to open the Rockwell outlet amidst unexpected lockdowns has been challenging, but the main challenge by far was trying to figure out “how training will be conducted. In the end, really there’s only one way : virtually, which really was the last recourse.”

The year 2020 was marked by social upheavals, too, perhaps heightened because of the injustices brought to light by the pandemic. Gonzalez concurs. “Yes last year was a year of great upheaval, definitely – in terms of race and gender. I think though that ball got rolling before the pandemic with #metoo.” Reflecting on his experiences in the fashion industry, he says that “as Filipinos, definitely we have felt racism. The worst examples are the ones that are willing to get into business with you, but are not willing give the same support as they would do clients of other nationalities. Meaning if you’re not from a major fashion capital, you don’t really count. A bit hypocritical, if I may say so.”

Far from being discouraged, however, Gonzalez prefers to look to the future. “Forward is a position we’ve always taken. Maybe the difference now is a more calculated ‘risk,’ but never letting go of our core values. As life continues to find its momentum or balance, so does fashion. Like art, fashion is a reflection of the times. So, it’s really a matter of evolution. As it has evolved from loincloths to street wear and big conglomerates.”

And so, the show must go on, and fashion remains. What Gonzalez really misses though is live fashion: “on the runway, on the streets, and everything that inspires it.”