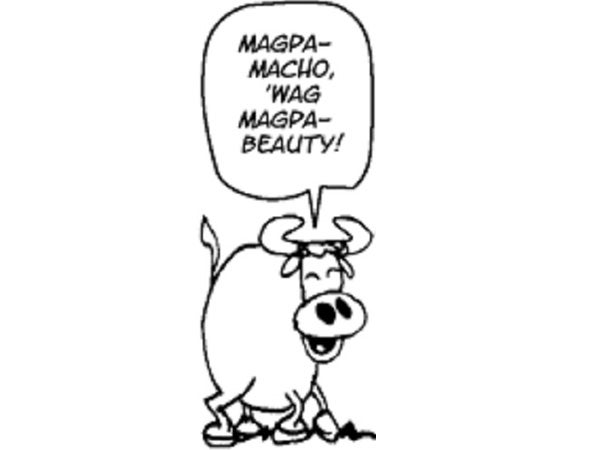 Men warned vs use of beauty products

Vanity can pose dangers to men’s health, too.

While women are most vulnerable to hazardous substances due to constant use of beauty products, men are also exposed to as many as 80 chemicals daily from personal care items such as soap, shampoo, shaving cream and perfume after shave, according to Ann Blake, a California-based molecular genetics expert.

Some of these items contain substances that may affect the quality of the sperm, said the expert.

Blake was in Manila on Tuesday for a lecture-forum on “Women, Cosmetics and Toxic Chemicals” jointly organized by the Food and Drug Administration (FDA) and toxic chemicals watchdog EcoWaste Coalition.

Blake, who holds a Ph.D. in Molecular Genetics of Neural Development from the University of Oregon, is a member of the Green Ribbon Science Panel of California’s Environmental Protection Agency.

She has worked for 18 years in toxic-reduction strategies which include crafting criteria for ecolabeling and product rating systems, and national and international chemicals policy reform.

In her presentation, Blake identified harmful chemicals in cosmetics such as lead in lipsticks, mercury and hydroquinone in skin whiteners, coal tar derivatives in dark hair dyes, and hormone disruptors in perfumed beauty and personal care items.

“Cosmetic ingredients are ubiquitous in our bodies and the environment,” EcoWaste Coalition quoted Blake as saying.

“The impact of long-term, multiple chronic exposures is unknown but recent science indicates cause for concern, particularly around heavy metals, persistent and bioaccumulative ingredients and hormone-disrupting chemicals,” she was further quoted as saying.

In December 2011, the US FDA reported the presence of lead in 400 kinds of lipstick products.

In the Philippines, the local FDA banned 50 brands of skin whitening creams which were found to contain critical levels of mercury in August last year.

Exposed to at least 12 beauty products a day, women have higher chemical exposure especially from items containing “acutely toxic” ingredients such as lead and mercury, and chronic hormone disruptors such as phthalates in fragrances, according to Blake.

But even men were “impacted in various ways by environmental exposures to chemicals, particularly those from products that are applied daily to the bodies,” she said.

Blake said men were exposed to six body care products daily on the average. Chronic exposure to a substance contained in some of these items called Di-Ethyl Phthalate, a hormone disruptor, may impact on sperm quality and motility, she said.

She also said that environmental exposure to chemicals in commerce and consumer products had been linked to major public health issues, including cancers, autoimmune and neurological diseases, obesity, cardiovascular diseases, diabetes and reproductive disorders.

Citing the World Health Organization, Blake said 19 percent of all cancers could be attributed to environmental exposure.

“Exposures at critical windows of development can cause lifetime problems such as hypospadias, a birth defect of the male urethra and the early onset of puberty in girls,” she added.