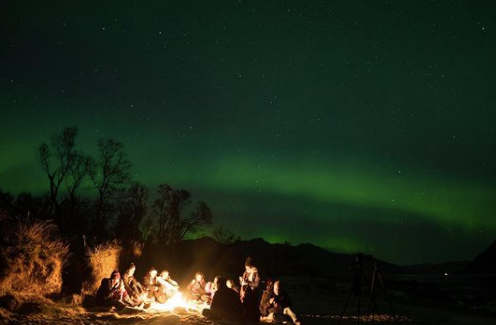 Kyla saw the Northern Lights during a past Norway trip. Image: Instagram/@kylaalvarez

There are trips which can be very unforgettable, and for soul singer Kyla, one such trip is her journey to Norway.

Kyla fondly recalled how the said trip was as she shared throwback photos on her Instagram page yesterday, Oct. 20.

“Memories I never want to forget,” she said. “Just a little story. I remember convincing my husband to fly here to see the Aurora Borealis. I wanted to see if it’s really that beautiful.”

They flew to Norway and went straight to the municipality of Tromso to see it.

“We weren’t really expecting to see it because when we were doing our research before our trip, I read a lot about people going and not being able to see it during their entire trip. But what the heck, we booked the flight and the tour. We will enjoy our trip no matter what, we’re together and that’s all that matters,” she recalled.

As early as their first night, they were already “awestruck” upon seeing the Northern Lights just outside the hotel they were staying at.

“What a blessing! We were able to take pictures using our cellphone cameras. The pictures were nice, albeit not as clear as how it appears in real life,” she said. Again, they were lucky the following day, because in their “scheduled tour,” the polar lights also appeared in the three places they visited.

“How lucky! It was a good thing to have a tour guide who can take the pictures for us with their professional cameras. It was nothing short of beautiful… so beautiful that we wanted to see it again the following year.” she said.

Instead of going to Norway again, they went to Finland and “tried to catch it there.” Unfortunately, they didn’t see it there.

Kyla wishes to have another baby