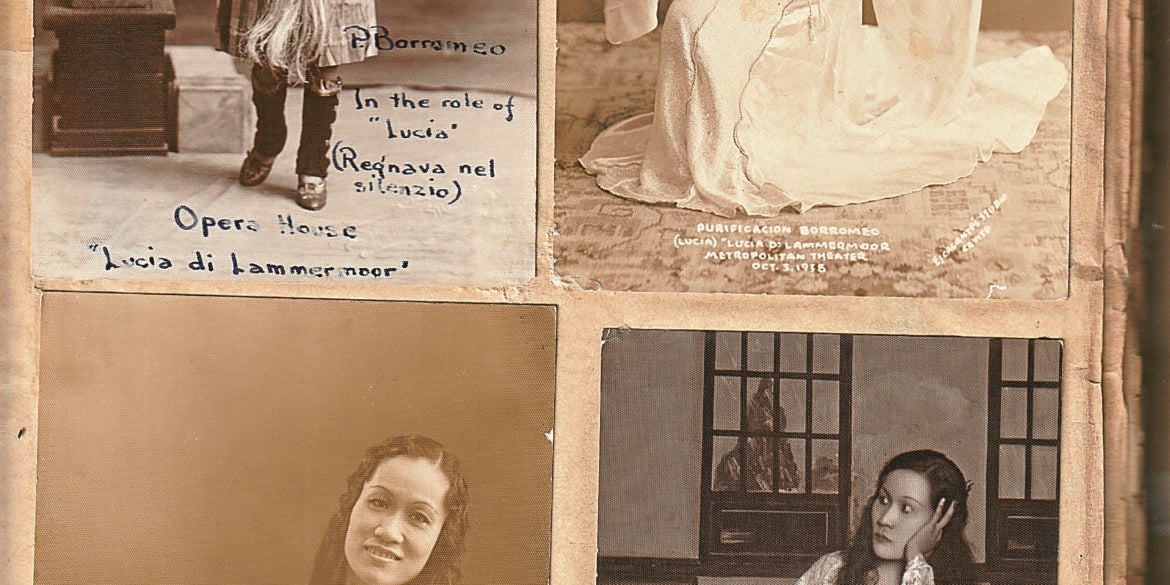 In the 1930s, she was the greatest of Manila’s sopranos

She was the toast of Manila’s music circles in her heyday during the 1930s, with rave reviews in three languages in the leading dailies of the era. Her signature role was that of Lucia in Donizetti’s “Lucia di Lammermoor,” highlighted by the mad scene (aria de la locura). Even Jovita Fuentes, the future National Artist for Music, was captivated by her voice (“tunay na kahanga-hanga”).

She was coloratura soprano Purificacion Borromeo of Cavite City, now “forgotten by history,” as an admirer put it recently. She sang for Philippine presidents and American governors general, and during World War II was forced to sing for Japanese military officers, the enemy, who were also her fans. And she remained active in her mature years, until the 1980s. She was a homegrown talent of Cavite and Manila, never having studied voice or concertized abroad.

“Her myriad performances at the Manila Metropolitan Theater and the Manila Grand Opera House were unmatched by any soprano of her time,” raved cultural author Emmanuel Luis A. Romanillos in his 2007 research study, “Purificacion Q. Borromeo: the Nightingale of Cavite.”

“They were most applauded, eliciting standing ovations, encores and rave reviews. She never studied abroad, a fact that proved beyond any trace of doubt that education in a foreign land was not everything a talented Filipino artist could yearn for in order to excel and reap laurels in the field of bel canto.” 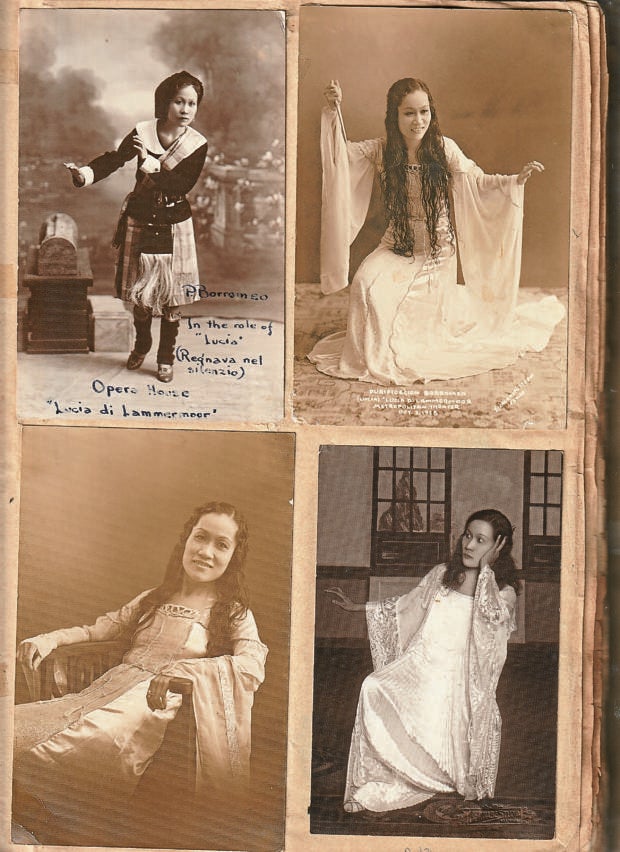 Purificacion (Purita or Pura to friends, Né to relatives) was born on Feb. 2, 1908, Candlemas Day, in San Roque, Cavite City. She was named after the purification of the Virgin Mary, and was one of five children of Urbano Borromeo and Francisca Quijano, music aficionados. The family and the relatives were all musically inclined, could sing and play various musical instruments; and it was this milieu which would lead later to Purificacion becoming an acclaimed artist in Manila and other parts of the country.

After early studies at Cavite Elementary School and two years at Cavite National High School, the young Borromeo proceeded to Manila and enrolled in a four-year course in voice culture at Escuelas Confederaciones de Musica, under the exacting maestro Victorino Carrion.

Her graduation recital was held at Manila Grand Opera House in 1929, where she was given an Artist’s Diploma in Music with a grade of sobresaliente (excellent).

The young soprano immediately gained the notice of the music critic of La Vanguardia. As translated from the Spanish, the review read: “Purificacion Borromeo last night reaped one of the most frenzied ovations after singing the most demanding aria in Donizetti’s “Lucia,” a piece meant exclusively for first-class singers. Ms Borromeo possesses a voice which we would call privileged. She gives out notes with full certainty and her voice ranges, from the softest to the strongest, are an infinite gamut of marvels.”

This was just the first of many rave reviews and feature articles in the decade which followed, in El Debate, the Philippines Herald, La Opinion, Taliba, Liwayway, Mabuhay, Free Press and other publications. 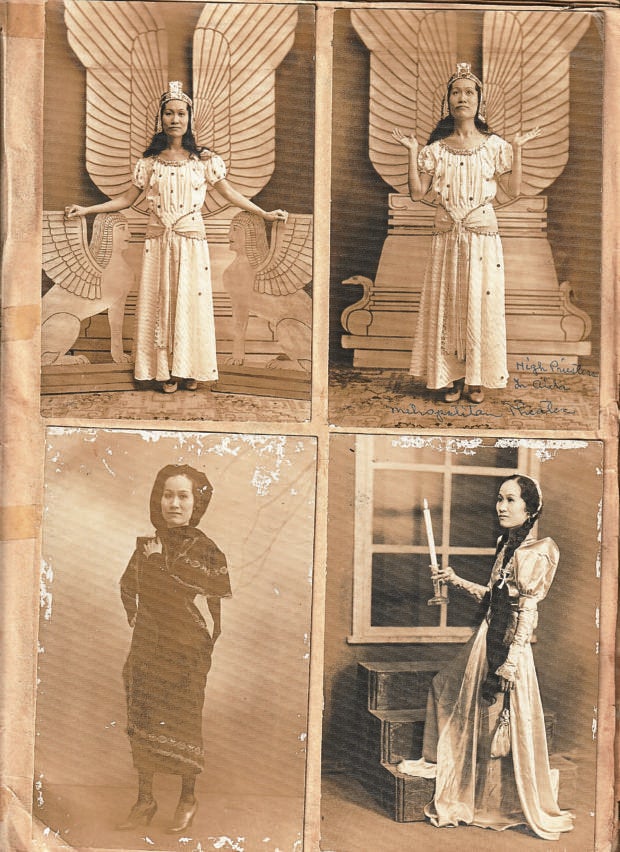 By 1933, Borromeo was nearing her peak. It was the opera season in Manila and Manila Chamber Music Society had lined up four great operas, in which the soprano from Cavite City was to be given lead roles: “Aida,” “La Traviata,” “Cavalleria Rusticana” and, of course, “Lucia di Lammermoor.” And in 1939 she appeared as Gilda in “Rigoletto” at the Ateneo de Manila. She also performed at San Beda College.

She did not, however, stick to grand opera but played and sang the role of Julia in the warhorse “Walang Sugat.” She sang kundiman, classic songs like Velez’s “Ang Maya,” a soprano favorite, and took part in balagtasan (poetical jousts). Humble and with a heart of gold, she freely donated her services to benefit concerts, fundraising events, literary-musical presentations and necrological rites.

Then, during the 1950s, still at the height of her fame, she suddenly decided to retire, surprising her friends, including Fr. Virgilio Saenz Mendoza, parish priest and Cavite City historian, who was her No. 1 fan. He decided to find out why. In a vague sort of way, Mendoza was like Father Brown (once played on the screen by Alec Guinness), the literary creation of G.K. Chesterton who, was an amateur detective good at solving cases.

The soprano was his neighbor in the city. “We lived near her residence and whenever I went to church I would pause in front of her house,” Mendoza recalled. “Sometimes I would hear her playing the piano or practicing some aria. Perhaps she would be giving lessons in solfeggio. In the church her voice stood out, though most of our choir members underwent voice lessons.”

It was when he was in high school that the young Mendoza became friends with “Ñora Purit,” as she was known to close friends: “I often visited her and she would tell me stories. Eventually she shared with me all her albums. The first album had the clippings of all the announcements and reviews of her performances at the Manila Grand Opera House and the Manila Metropolitan Theater, souvenir programs of graduations, necrological services, programs that she attended and her other engagements.”

They conversed in Spanish, and the diva, referring to her albums, would tell him: “Estos son mis solo tesoros (these are my only treasures).” Eventually she entrusted to him the two albums, but later he had to turn them over to the Borromeo family so that Romanillos could write his research study on “The Nightingale of Cavite.”

Succeeding generations were unaware of her accomplishments.

The outbreak of World War II did not interrupt the singing of the nightingale. She was invited to sing in many programs in Cavite but no longer in the national theaters in Manila where she had attained the height of glory.

The third reason was that her mother, Francisca, was ultrastrict: “She (Purita) would not be allowed to go out without a chaperone. Instead of pushing her to pursue her career and reach the peak of success, she (the mother) would rather keep her at home. If she continued singing she would have to perform in so many distant places that were not agreeable to Doña Francisca.”

Under these stringent conditions, courtship seemed to be out of the question. Sometimes she would be linked with her operatic love interests but these remained in the realm of speculation. There were some American servicemen whom she gave music lessons to, and who wanted to court the comely Filipina Lucia di Lammermoor, but they were just, in a manner of speaking, shown the door.

“Music was her real love,” declared Mendoza. “She had consecrated herself to her art. In all her performances she was accompanied by her mother or other relatives.

So she never married.

When she retired she devoted herself to the parish church and to being one of the lead singers of the choir. She also gave informal lessons in voice and piano, and sometimes would be invited to sing in local programs. At home she would do household chores.

“She was a very frugal lady,” said her priest-confidante. “Most of the time she would wash and iron her old clothes. She would oftentimes go to the public market to buy basic commodities in her big hat and boots. Otherwise she would be seated near the window poring over her memorabilia or chatting with her sister and brother-in-law on the veranda of the house.”

A kind of revival of interest in the once celebrated coloratura soprano occurred in 1980. That year, at the age of 72, she sang at Concert at the Park at Luneta (Rizal Park), Manila, with Manila Symphony Orchestra conducted by Regalado Jose. It turned out Jose used to accompany Borromeo during the 1930s and 1940s. During the final rehearsal that morning, he announced, “let us welcome a long-lost diva.” The members of the orchestra gave her a standing ovation. Some of the mature members of the orchestra, like violinist Loreto Romualdez Ramos of Tacloban City, remembered her, attended her performances when she was young and visited her once in Cavite City.

Others in Manila who remembered her were composer Lucrecia Kasilag (later National Artist), then head of the Cultural Center of the Philippines. Kasilag was at first enthusiastic about nominating Borromeo for the National Artist Award, according to Mendoza, but nothing came out of it.

The following year the diva received the Outstanding Caviteña Award from the Hall of Fame Committee of the Cavite City government. In her acceptance speech, she declared, with typical modesty: “May this night be the pride of our country that although small as we are, we have been counted as one of the prima donnas of music.” And the cultural night of the celebration of the 40th anniversary of the Chartering of Cavite City, on another occasion, was dedicated to her: “Alay kay Purita.”

And thus the years passed quietly. Unknown to her family, she had suffered a mild stroke in her advanced age and on Nov. 1, 1993, during a violent storm which struck the city, she lost consciousness and fell to the floor. She died the following day, at the age of 85.

“She was quite eccentric,” recalled Mendoza. “At the height of her career she stopped. She wanted to be remembered as the star. Then she just gave benefit performances and she devoted her voice to God by becoming a choir member. She used to tell me, ‘Canté solo por el amor del arte (I sang solely for the love of the art).’ We were not paid for our performance. We had free costumes, free publicity in the newspapers and flowers.” According to her, her performances were not a source of money. It was the adulation of the people that counted.” —CONTRIBUTED