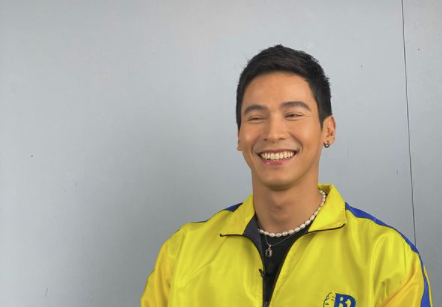 What Enchong Dee learned about priests in ‘Huwag Kang Mangamba’

Playing the barrio priest Fr. Sebastian “Seb” Tantiangco in the TV series “Huwag Kang Mangamba” has made Enchong Dee realize the sacrifices that clergy people make in the name of faith.

“I think ‘yung sacrifices na ibinibigay ng ganitong tao kasi isinantabi mo na ‘yung mga personal mong kagustuhan sa buhay, ‘yung mga personal mong interest para magbigay silbi doon sa paniniwala mo, sa faith mo,” came Dee’s answer when asked what he learned from his character during the Oct. 25 online press conference for the show’s finale. (I think it’s the sacrifices that these people give, because you set aside your personal desires in life, your personal interests, so you can serve your faith.)

For Dee, the priesthood is a “noble and very, very admirable calling.”

Dee is happy to have played this character which is far from his own personality. The actor was also asked about his being vocal on social and political issues. On his social media accounts, Dee would often speak up on social issues with strongly-worded messages.

(For me, we need to understand that there are more things at stake, rather than just thinking about our personal desires in life. Maybe I was placed in this position to give service, because you can’t just keep taking, you also need to give to the community, to our society.)

For Dee, speaking up about his stand on issues is his responsibility.

“To [those] much is given, much is needed. Ako, naniniwala ako doon (Me, I believe in that). If you learn, teach. If you have, give,” he said.

Enchong Dee on urging other artists to speak up: ‘Our voice is not for us’