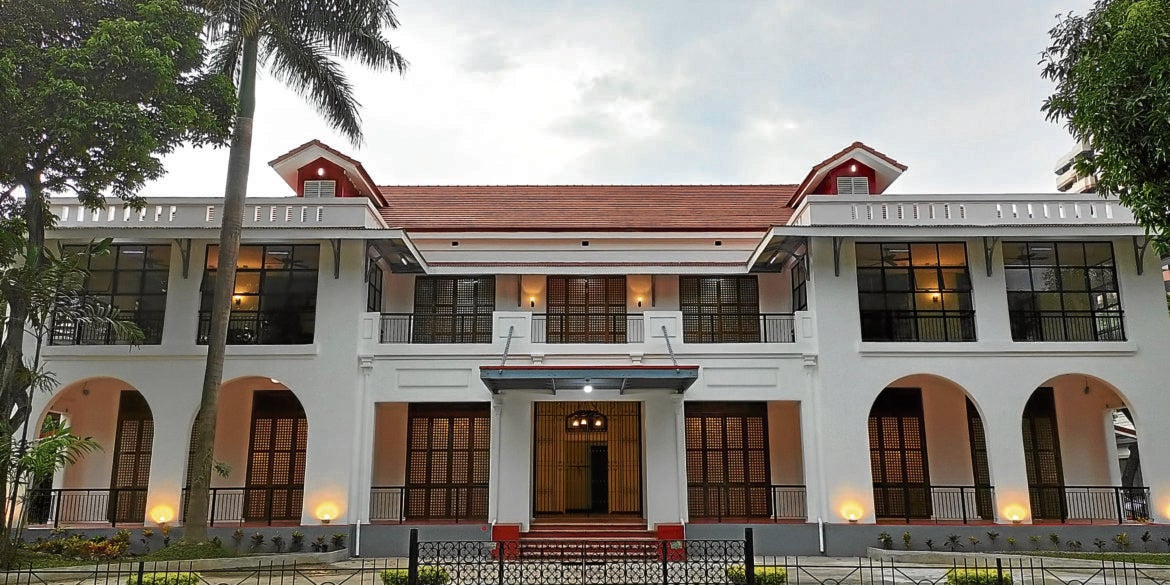 A heritage building, Nurses’ Home inside the Philippine General Hospital (PGH) compound in Manila, has been resurrected back to its former glory.

After falling into disuse and having deteriorated through the years, the building was restored during the pandemic and recently inaugurated as what it was originally built to be, a structure to house the nurses of PGH, heroes of the current pandemic. It will likewise house resident doctors and transient patients.

It took about five months to complete, from February to September 2020, with Mico Manalo as restoration architect and Andrew de Guzman’s construction and conservation firm as contractor.

Conservation work was temporarily suspended between March and May of the same year when COVID-19-related lockdowns were imposed.

In an online interview with Lifestyle, De Guzman said meticulous interventions were done on the building.

New wooden windows were installed and iron grills, railings and steel brackets were fabricated according to what was there originally.

The roof gardens, which were part of the original design, were retained, as were the roof tiles and capiz shell windows at the façade, while aluminum windows with capiz patterns were installed at the side and back.

A new septic tank was also built. In the old septic tank, De Guzman said they were able to recover archaeological materials in the form of bullets, parts of a World War II rifle and human bones.

While parts of the rifle were deemed insignificant, the bullets and human bones were turned over to the Philippine National Police.

De Guzman said the building was made to last, since there were no structural issues when the restoration was being undertaken.

In a publication titled “History and Description of the Philippine General Hospital” published in 1911 by the Bureau of Printing, Dr. John Snodgrass, the compiler, described the structure made from reinforced concrete with a cement tile roof and concrete floors as “one of the most attractive buildings” inside the PGH compound.

It has a total of 18 bedrooms, six on the ground floor and 12 on the second, with terraces and verandas on both floors.

The building, with a hybrid Mission architectural style, was designed by William Parsons, the implementer of Daniel Burnham’s plans for Manila and Baguio, as well as the architect, among others, of the PGH buildings in the early 20th century, the Army-Navy Club (now Rizal Park Hotel) in 1909, Manila Hotel in 1912, and Normal School and its dormitories (now Philippine Normal University) in Manila in 1914.

Snodgrass mentioned that “it was finally occupied on March 20, 1911, and has proved to be admirably well suited to the needs of the nurses.”

A significant move in the preservation of the country’s built environment amid issues in heritage conservation, the restoration of the building is a good step for the country.

De Guzman said the restoration is “very important, as it is an early work of William Parsons, and the building signifies and gives concern and importance to nurses and health-care workers during the American period.”

The building, which had been neglected for years, was given a fresh lease on life which, according to De Guzman, was “a statement that all heritage buildings have the chance to be conserved.”

During the course of restoration, health protocols were followed, resulting in no COVID-19 cases among workers, he said. —CONTRIBUTED