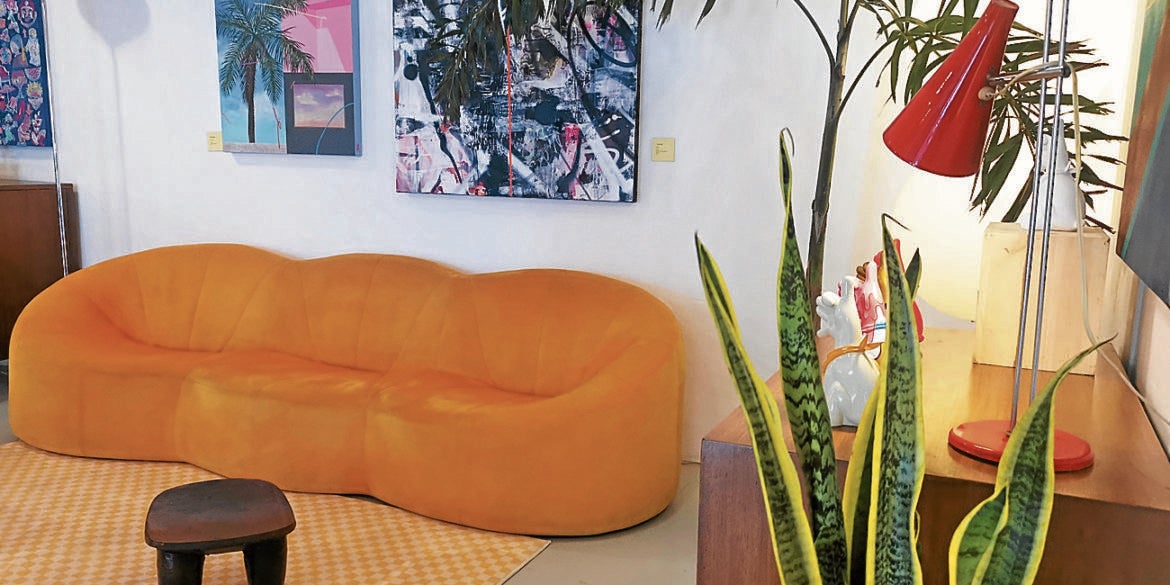 A playful showcase of art, retro toys and furnishings

A vintage Pierre Paulin pumpkin sofa by Ligne Roset sits on the far side. In front of it is a Mario Botta Seconda 602 Memphis Dining Chair. Off to its right is a George Nelson Low-Boy Dresser by Herman Miller. Opposite it, just beside the entrance is an orange Burkhard Vogtherr postmodern-era loveseat.

On the floor is an eye-catching Tibetan Tiger Rug and just a few feet from it is a rare Virgil Abloh reimagined Antony chair in power blue. Also on display, either on the wall behind it or on top of the furniture are artworks by young and upcoming Filipino artists.

This eclectic mix of art and design awaits visitors of MCM Play, launched recently by Midcentury Manila, which is steadily strengthening its position as the authority when it comes to midcentury modern showcase pieces that can liven up any home or office space.

It began as a passion project by Ken and Isa Mishuku, whose genuine interest in functional pieces that feature streamlined designs, bright colors and organic shapes resulted in the resurgence of interest in timeless furniture that defined the mid-20th century.

Success, however, didn’t come overnight for the two young parents of three children. Their obsession began more than a decade ago when they bought their home and had different ideas when it came to the look of the interior. Isa wanted something modern while Ken was into brick walls and leather couches.

“I came across this supplier who would bring in vintage Chesterfield sofa and in their container, there were also modern pieces and they were selling it really cheap back then,” Ken says. “Isa said she liked the modern stuff so we started mixing the old and new.”

Ken then began learning how to restore some of the pieces and it eventually became an obsession for him. Before the pandemic, they would even visit markets in the United States just to look for interesting pieces and have them shipped to the Philippines. Eventually, putting up a social media presence to share some of their finds only made sense. And with most people stuck at home in the past year, it made their growth that much faster.

Their Instagram account has over 25,500 followers and almost every item they post gets sold immediately. The couple’s passion is quite evident as each piece they post comes with a description and information about its history.

The goal, Isa says, was not about making profit but for people who may not have had access to such pieces before to be able to own them.

Their official launch this month coincided with the very first exhibition of Sideshow Studio, which features a fresh crop of young artists from across the country whose works complement MCM’s unique pieces.

The concept for the exhibition, says artist and photographer Chuck Ronquillo, revolves around the concept of “play.” This resulted in a collection of lively and free-flowing abstract and figurative pieces from artists Dondi Fernandez, Chxku, Wes Valenzuela, Trip63, JJ Jarin, Everywhere we shoot, Apok, Art Tavera, Patrick Martinez, Dyza Sacao and Nicole Asares.