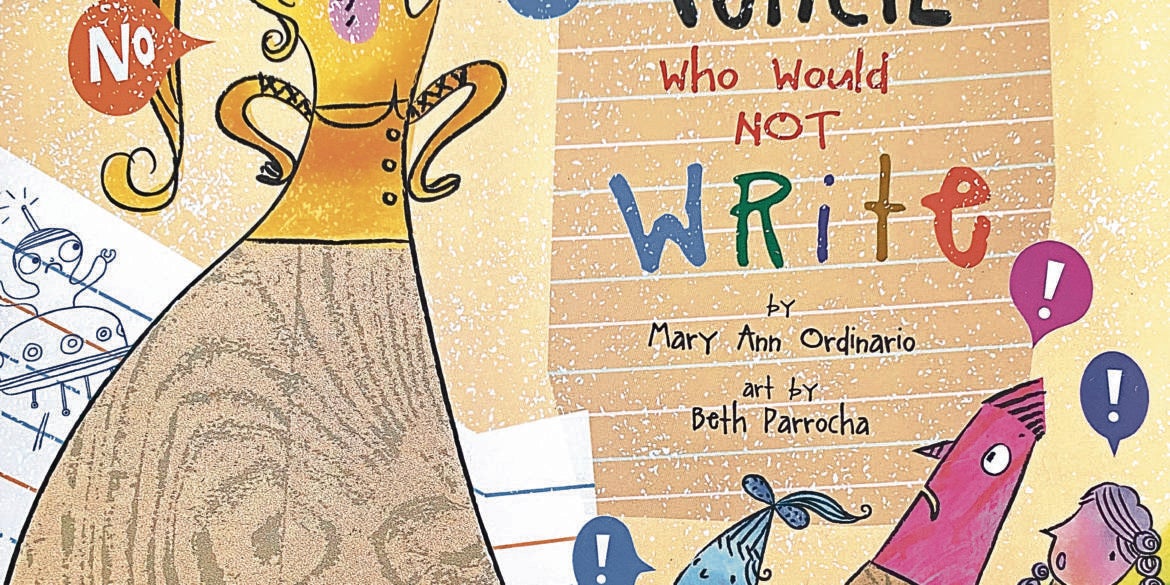 “The Pencil Who Would Not Write”

As the Frankfurt Book Fair was opening last week, there was already much promise of good things to come. International Youth Library (IYL), based in Munich, through Lucia Obi, communicated with Philippine Board on Books for Young People (PBBY) that its publication, “Pagkatapos ng Unos” (After the Storm) by Harry Monzon had been selected for inclusion in The White Ravens 2021 catalog.

The book was a recipient of PBBY’s first Wordless Book Prize in 2018. On page 40 of The White Ravens catalog, it is featured beside a book from Belgium and is described as “captivating to the readers, even without any background knowledge of Typhoon ‘Ondoy.’”

It portrays a man trying to save his belongings in a boat when floodwaters fill his house. Despite the seeming tragedy, the man does not lose hope and knows life will and must continue. This is a statement on climate change.

“Unos” became part of the IYL White Ravens catalog which recommends 200 notable children’s and young adult titles in 38 languages from 54 countries. What is the significance of this inclusion?

The White Ravens 2021 would be available at the Frankfurt Book Fair stand of IYL and also at the virtual Bologna Children’s Book Fair in June. It is a curated collection of international books intended to promote quality in children’s book publishing. All year round, the language and children’s book specialists monitor noteworthy titles from around the world. These are recommended for an international audience and are selected based on the universality of their themes, the quality of narrative and the illustration, the “innovative approaches or design.”

This is not the first time a title from the Philippines has been selected. In 2020, “Karapat Dapat,” written by May Tobias-Papa, with artworks by Ang Ilustrador ng Kabataan (Ang INK), published by Canvas, was selected by IYL. It presents the United Nations Convention on the Rights of the Child in a manner children would appreciate and understand.

“Si Kian” written by Weng Cahiles, illustrated by Aldy C. Aguirre, published by Philippine Center for Investigative Journalism, was in the 2018 White Ravens. This is the heartbreaking account of how Kian delos Santos, 17, was gunned down by the police for suspected drug involvement. Who can forget his heartbreaking plea to be spared as he still had a test tomorrow?

The selected books become part of the IYL collection housed in Blutenburg Castle, which dates back to the 13th century. It is said to be the world’s largest collection of international children’s and youth literature with its beginnings in 1949.

Among the activities of IYL is a fellowship program in which two Filipino children’s authors have participated: Eugene Evasco and Christine Bellen, who certainly did not mind learning in such a lovely environment.

The White Ravens 2021 may be downloaded as PDF file from the IYL website (ijb.de).

In late September, another children’s book from the Philippines won a special distinction. “The Pencil Who Would Not Write,” written by Mary Ann Ordinario and illustrated by Beth Parrocha, published by ABC Educational Development Center, won first prize in the 2021 International Indie Children’s Book Cover Award. The book competed with 152 entries from all over the world.

This award appears to be quarterly and focuses only on the book cover. The initiative of such an award is to “provide support and services to self, hybrid and small press authors.” Though quarters argue that the book cannot be judged by its cover, this recognition is a most encouraging one for Filipino illustrators like Parrocha.

The award will allow the book to be publicized in over 40 Facebook and Instagram groups in the United States, targeting mommy groups, teacher groups, librarian groups, book lover and kid lit groups. It will be featured in Magic Beans Bookstore in Los Angeles and will be on the popular YouTube channel Solster Nation. Anything to spread the good news around is always welcome.

The author-publisher Ordinario is to be commended also for the ongoing first Mindanao and Asean Children’s Literary Festival she organized in partnership with the National Book Development Board. The monthlong festival (until Nov. 8) has featured storytelling in the local languages in Mindanao, and workshops on writing and illustrating children’s books. A worthy project that has been long in coming is finally going beyond Metro Manila. —CONTRIBUTED INQ