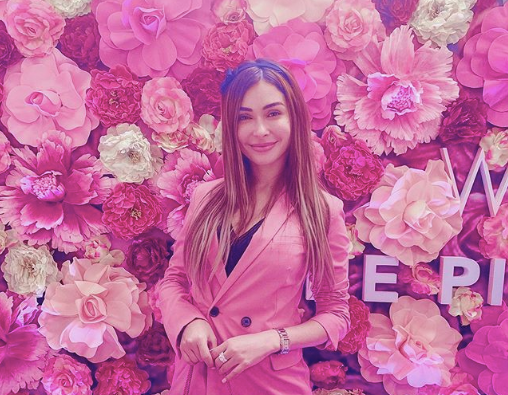 Three years after she got diagnosed with cancer, TV host Daiana Menezes courageously spoke about her journey with the Big C.

Menezes opened up about her battle with the dreaded disease in her Instagram post yesterday, Nov. 17, where she shared a short video of herself, taking off her jacket to show the scar from her operation.

“This video was taken at the backstage of ComiCon Asia 2018, I went on stage, hosted [two] days consecutively and stayed at the venue for about eight hours each day,” she said.

That day marked the tenth day after her cancer surgery.

“I didn’t talk about it. No one publicly noticed what I was going through,” she recalled.

It’s enough for her that she had the right people around her during that time. She believes they were the ones who cared deeply for her wellbeing. They also supported her choices toward the path to healing.

“When I was healing, I kept it to myself until I felt I could use my story to inspire. I didn’t want a distraction or to be overly focused on the Cancer topic, ‘where you put your attention is where you put your energy,’” she explained.

“If I was able to do it, you can do it,” she said, noting that she also did some research so she can learn more about her disease.

She discovered that “most human diseases manifest from the interaction of genetic variants that predispose people to disease and modifiable environmental exposures, such as chemical, nutrition, behaviors, physical surroundings, both environmental and psychological, infections.”

Also among her basic learnings is that “cancer is caused by genetic, hormonal and environmental risk factors combined.”

For Menezes, what’s important is to protect one’s self, preserve one’s energy to heal, focus on loving yourself, and taking care of your mind and body. JB