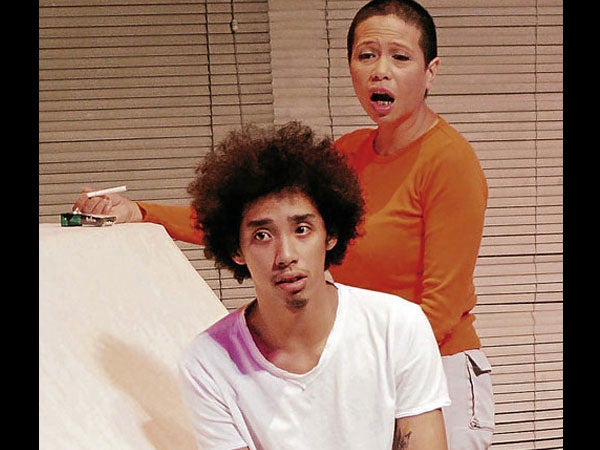 Seven-year itch for the Virgin Labfest 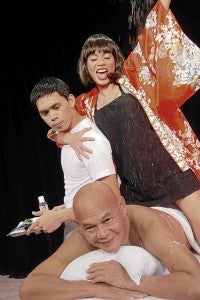 Now on its seventh year, Virgin Labfest, a festival that focuses on staging new plays, is breaking tradition.

Instead of presenting four sets of trilogies, it will present only three sets. As an alternate, and a logical progression, it will now stage one full-length (two-act) play in lieu of the fourth set.

The labfest has always gone by its tagline of being “a venue for playwrights, directors and actors to bring to life ‘untried, untested, unpublished and unstaged’ plays,” and its popularity has grown throughout the years for both audiences and aspiring playwrights.

VL founder and artistic director Rody Vera received 107 submissions this year, 24 of which are full-length plays.

“I think the popularity of Labfest is brought about by the fact that playwrights or writers who want to try their hand at playwriting have found a rare venue to have their works staged and produced,” he says.

“If you build it, they will come. I’m not saying all the works submitted are overwhelmingly great and skilled, but we have to see this all in perspective—many people out there will say there are no good playwrights around, but if we have a venue where playwrights are allowed to fail, sooner or later, the good ones will emerge.”

This year marks entries from plays from both established and amateur playwrights who are being included in the Labfest for the first time. Unlike before, Vera is also experimenting on not giving themed titles to the sets. 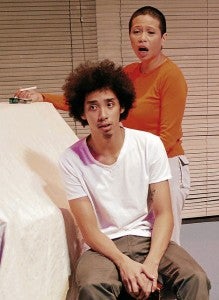 Set 2: “Evening at the Opera,” by Floy Quintos; “Kinaumagahan,” by Rachelle Rodriguez and Winnielyn Fajilan; “Kawala” by Rae Red.

The full-length work to be featured is “Isang Gabi Bago Magbukas ang ‘Portrait of the Artist as Filipino’ ni Nick Joaquin,” by Carlo Pacolor Garcia.

Garcia’s “Ang Mga Halimaw” and “Bakit Wala Nang Nagtatagpo sa Philcoa Oberpas” have been featured in past Labfests. “Isang Gabi” is about a theater group that encounters a bloody corpse backstage the night before their show opens.

Other full-length plays that will receive staged readings include “Chiaroscuro,” by Lito Casaje; “Hermano Puli,” by Layeta Bucoy; and “House of Candles,” by Nicolas Pichay.

VL was initiated by Vera through Writer’s Bloc, an independent organization of established and aspiring playwrights that he heads, in partnership with Tanghalang Pilipino. Later, the Cultural Center of the Philippines became a co-organizer.

This year, the National Commission for Culture and the Arts is providing partial funding.

Vera is keen on maintaining an emphasis toward eyeing what is “new.”

“We’re hoping to include a devised work this year so that audiences can see that there are different ways of ‘playwriting,’” he says, referring to the practice where a script is created by a group from improvisation work.

“They say seven years counts as one full cycle. I’m thinking of expanding the concept and advocacy of VL and that might mean taking a back seat. I’m seriously thinking of passing the baton to others to allow new eyes and tastes, so that VL will grow and take on a differen character, ambience, texture.”

He’s also interested in developing similar initiatives in other regions. “Imagine if we can do this in Visayas and Mindanao!”

Last year, VL launched its anthology of featured plays. This year, “Telon: Mga Dula,” the first anthology of Telon Playwrights Circle, will be launched. A seminal playwrights group, Telon was formed in 1983 by the late Rene Villanueva.

“Three of the plays in this collection have been produced at the Virgin Labfest. Four of the anthologized playwrights are members of Writers Bloc,” says the book’s editor, Tim Dacanay. “Five of the seven plays have won either a Gawad CCP or Palanca Award. The book’s introduction is by National Artist for Literature Bienvenido Lumbera.”

Here is the lineup for the 7th Virgin Labfest at the CCP Tanghalang Huseng Batute, June 29-July 10, 2011.

“Evening at the Opera” by Floy Quintos, directed by Jomari José

“Requiem,” written and directed by Juan Ekis, aka Christian Vallez

Three full-length plays will have staged reading performances at Bulwagang Amado Hernandez (Conference Room) at the CCP. One performance night each only.
July 1, 6 pm
“Chiaroscuro” by Lito Casaje, directed by Dennis Marasigan

July 7, 6 pm
“The House of Candles” by Nicolas Pichay, directed by Jose Estrella