How 'Flipping the Narrative' tries to make sense of this "crazy, chaotic but beautiful country" | Inquirer Lifestyle ❮ ❯ 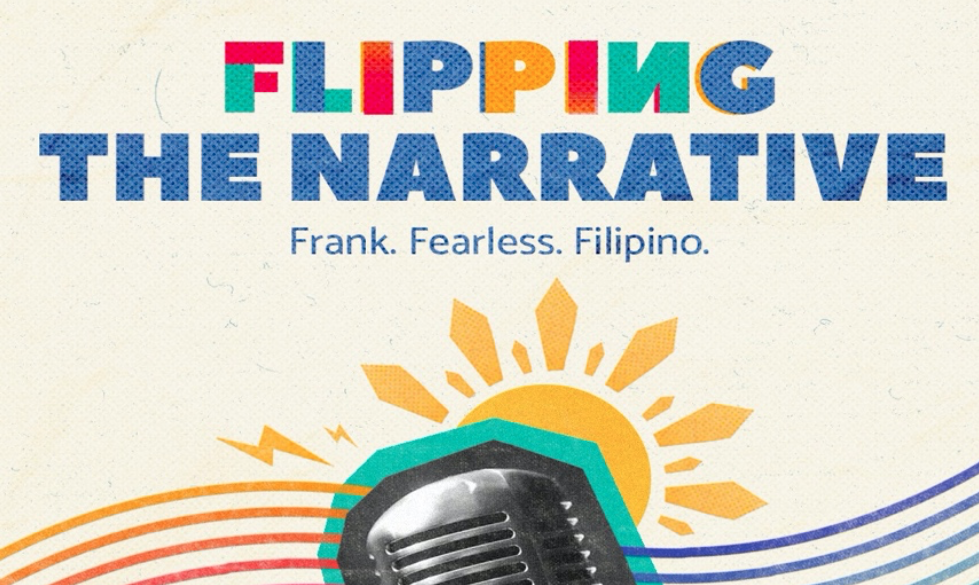 Whenever you turn a story on its head, you often get a refreshing take that might make you re-think what society has treated as normal. Expect no less from Flipping the Narrative, a podcast by Laura Verallo de Bertotto, Luis de Terry, and Lifestyle Inquirer contributing editor Bambina Olivares.

De Bertotto is the CEO of VMV Hypoallergenics, de Terry is a food industry expert as the head of independent consulting company Epi-Cures, while Olivares is a journalist and author who boasts of 30 years of experience in the fashion, lifestyle, and luxury goods industries.

These three friends share their insights from a unique lens as Filipinos who’ve come home to the motherland after spending many years away from The Philippines. “To be honest, we’re still trying to make sense of this crazy, chaotic but beautiful country that frustrates and fascinates us every day,” says their introduction. And, really, who isn’t?

Being a Filipino comes with a particular set of oddities that stick out, especially when you learn of a foreign perspective. This is exactly where Flipping the Narrative comes from. Their episodes range from beauty pageants, lesbian issues, social class struggles, and Christianity along with lighter topics such as food and accentism.

Recently, they’ve taken on the circus of Philippine politics with the episodes “My, What a Big Election!” and “Marcos: Never Again, Again?!?!”

Lifestyle Inquirer got a chance to talk to these three podcasters to know how it all started and where they’ll take us.

How did you all meet?

LAURA: Luis’s partner is our common denominator! I met them both over cocktails!

LUIS: I met Laura at a cocktail party she offered at her place–I was wearing crutches that night! Bambina was living in South Africa, and we met for dinner one of the times she returned to Manila for Christmas.

BAMBINA: I met Laura and Luis on two separate occasions through Luis’ partner, one of my dearest friends. I was still living abroad at that time and had come back for the holidays, and we all instantly clicked.

What encouraged you to do the podcast? It’s almost a meme how there are just so many out there.

LAURA: We discussed these issues regularly ourselves. We had occasional chats with other friends and non-Filipinos who thought these issues important. But we didn’t see anything devoted to these tough questions through a uniquely Filipino (which means so many things itself) lens. In academia, sure. In conversations in specific circles, also. But not in a more public format. We wanted to delve into race, gender, rape culture, food, religion, sex in an honest but safe, brave, thoughtful, and authentic space, with some work done, including research, experts, and reading.

LUIS: All of us decided to come back to The Philippines and make it our home after years abroad for study, work, or family. But the country (and its diaspora) had evolved, and many minority groups needed voices to identify with. Conservativism, religion, and power circles seemed to keep progressive thought and questioning out of “decent conversations.” These conversations we would have every time we met and discussed how we could influence thought change in our circles. But the reality is that we would need a larger platform to make such changes, which is how Flipping The Narrative began.

BAMBINA: The podcast seemed to us to be an organic progression from our conversations. We would discuss various issues over lunches that would start at 11 am and end at 6 pm, with a fair amount of alcohol in between. I like to think the podcast became more imperative during the lockdown, where we would end up having these conversations via WhatsApp. At some point, we got tired of texting and said to each other, let’s turn this into a podcast. In doing so, we’ve been able to draw other people into our conversations. We’ve also made the happy discovery there, so many other people here and abroad are concerned with the same issues. But to be honest, we still text each other—a lot.

Describe the audience you think that you speak with? Aside from Filipinos of mixed descent.

LAURA: Any Filipino who’s felt “different” or “outside the norm” for whatever reason: how they look, how they talk, how they grew up, etc. Interestingly enough, the fans who’ve requested specific topics (on accentism and the elections) aren’t mixed race.

LUIS: I don’t think we talk just to Filipinos of different backgrounds. The country has an incredibly large young population that is thirsty for new ways out of what has traditionally been constraining values. I believe it is this group that will take over the larger proportion of our listeners. We get episode ideas and comments mostly from them.

BAMBINA: I’ve heard people say something like, finally, the coños have a voice. (Laughs) We obviously speak from and acknowledge our position of privilege. Still, we seem to resonate with a wide swathe of listeners from here and abroad, not necessarily all Filipinos, not necessarily all young, not necessarily all “elite.” Still, each interested in doing a deep dive into various issues normally considered taboo in our country.

What makes the dynamic among the three of you give a specific perspective?

LAURA: I think each of us has had to navigate our differences as “atypically” Filipino. We’ve had to deal with less-than-great experiences and recognize our privilege and figure out what to do with that privilege. We’ve each rejected and questioned and embraced what Filipino is to us. That’s not unique, but we stand in and own up to and put it on the table.

LUIS: Much of what allows us to truly get the perspectives out there is that, to begin with, we are quite grounded in what The Philippines has been and is, what it means to be Filipino. Our experiences as third culture people is what allows us to understand what The Philippines can be when we embrace human rights for the diverse groups that make up our country. Whether LGBTQIA+ issues, women’s rights, racism, modern-day slavery or other opinions on things we take personally (like our food) the idea is to broaden the perspective so that multiple conversations can occur.

BAMBINA: We are all in one way or another “not your typical Filipino,” whether it’s because we’re outspoken, or that we look white to one degree or another, or that we all lived away from the Philippines for a considerable amount of time and have chosen to return to a country that both fascinates and frustrates us. We’re exploring exactly those very things about being Filipino that can be fascinating and frustrating at the same time. Also, we share the same kind of humor–dark and subversive–and so we laugh a lot together, on and off the podcast.

How do you plan out the episodes? Or do they just come out as you go?

LAURA: There are a few that we knew we wanted to delve into and talk about regularly all the time. Racism, colorism, homophobia, misogyny, rape culture, classism, and religiosity. Others popped up organically. And we totally do requests. Accentism never even occurred to us before our fan requested it (because we tend to judge each other by our accents!). The elections might not have been an episode if it weren’t for a fan asking for it specifically. To us, that means there’s more who want to talk about it.

LUIS: Each of us has a set of advocacies or themes that are dear to us. We begin by throwing those into the basket and deciding the serious, the light, the funny, the provocative. Many other episode themes come both from our guest flippers and our audience, that we truly enjoy. This means that the engagement with our listeners is growing and deepening. That makes us very happy as it, in the end, validates what we set out to do.

BAMBINA: As Laura says, we do have core issues we definitely want to tackle, and not all necessarily heavy topics. We like to mix it up, and even if we start out with what might seem a lightweight topic, our guest flippers usually floor us with their unexpected insights, introducing a completely new dimension to the discussion. Like the way Gemma Cruz Araneta brought in the geopolitical implications of beauty pageants.

We try not to exceed an hour and a half, max, and we find that even that is not enough time to “work it, flip it and reverse it”–to quote Missy Elliot. An issue has so many angles that we end up saying we’ll have to do a part two, or three. Our audience is also growing and our listeners have begun suggesting ideas for future episodes, which is just amazing. When you do something like this, you tend to wonder in the beginning if this is just a vanity project framed as a podcast. Judging from the comments we’ve been receiving, we’re thrilled and grateful that we’re able to reach quite a number of people and provoke conversations, as well as laughter.