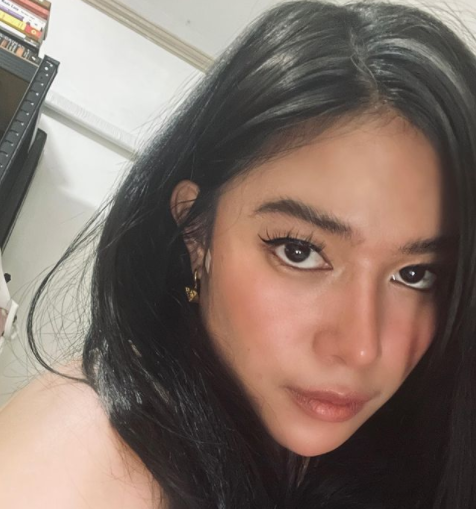 Singer Gigi De Lana was plucked from the world of music to play leading lady opposite Gerald Anderson in “Hello, Heart.” This brought upon her tremendous pressure, since she is relatively new to the world of acting.

(There’s pressure, of course, because I grew up singing. That is my passion. But when I become known as an actress, it’s a big accomplishment for me.)

De Lana is proud of herself because she is able to work on both worlds, as a singer and as an actress. She also saw complex acting can be, likening it to “singing” with other performers, and opening her up to be vulnerable.

Playing Heart, a bubbly girl who meets the Saul character of Gerald Anderson, De Lana thinks there is not much of a difference between herself and her TV series character.

“Si Heart kasi very outgoing siya. Parang lahat ay gagawin niya sa family niya. Parang wala yata kaming pagkakaiba kasi ganoon din ako,” she said. (Heart is very outgoing. It’s like she will do everything for her family. It’s like we don’t have much differences because I am also like her.)

The only difference, she noticed, is that while Heart is very idealistic, she in real life fights only up to a certain point, when she knows she has given her all. JB