Listen up, Studio Ghibli fans: Hayao Miyazaki is out of retirement.

To be clear, this isn’t exactly new, given the fact that he has a long history of calling it quits then emerging back from the shadows. He previously declared he was retiring in 2013, but four years later—spoiler alert—the Studio Ghibli co-founder announced that he has a new (and possibly final) WIP, dubbed as “How Do You Live?”.

After the filmmaker’s recent interview with The New York Times, news of his upcoming project broke the internet yet again. Both Miyazaki and Ghibli producer Toshio Suzuki are pretty hush-hush about their latest project, but thankfully, they’ve left some crumbs. Here’s a quick cheat sheet of that below. 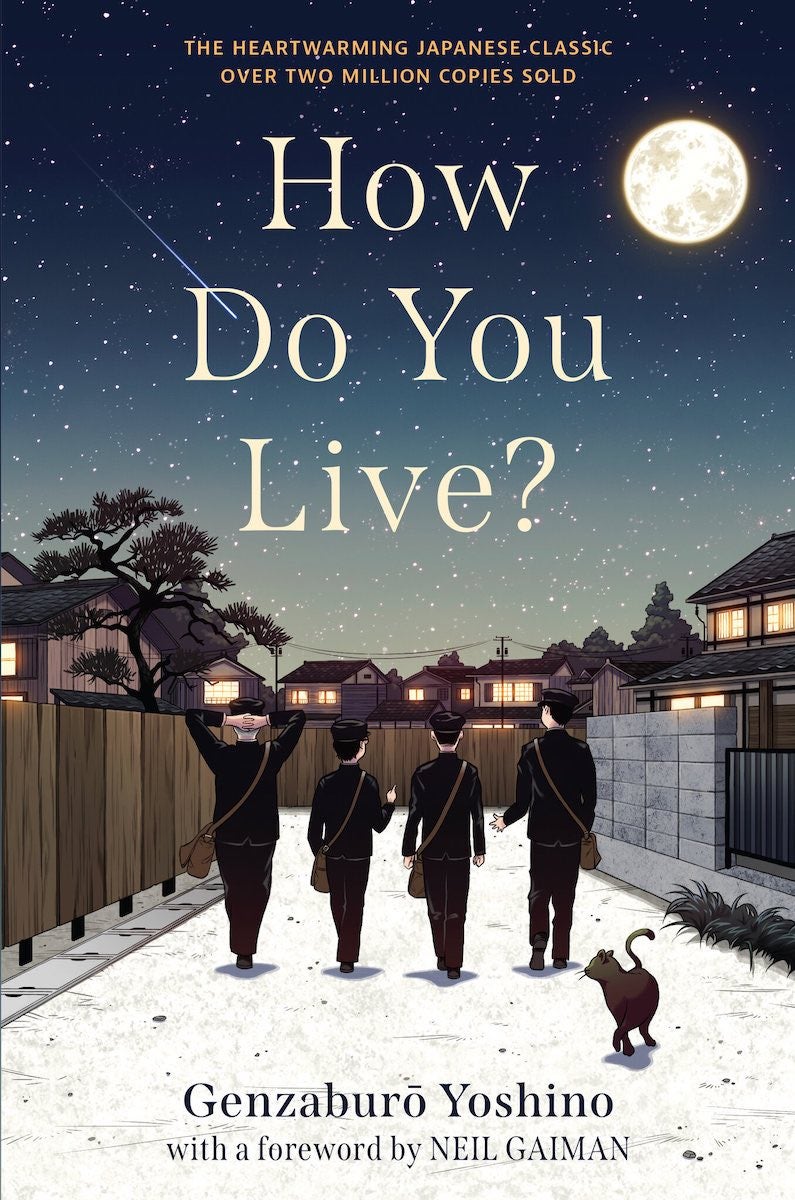 Published in 1937 by novelist Genzaburō Yoshino, “How Do You Live?” is a staple in many required reading lists of Japanese students. Miyazaki isn’t exempt from that, since he has long referred to the coming-of-age novel as his favorite book from childhood and also as a major influence on his work.

The original novel’s plot follows 15-year-old Copper, who moves in with his uncle after losing his dad. He navigates school and life in 1930s Japan, told with stories of Copper’s growing pains and his uncle’s journal entries filled with sage advice, where things get thought-provoking and downright philosophical.

“How Do You Live?” was made into a manga in 2018, but it was only this year that an English translation was published, along with a foreword by Neil Gaiman. (And as some have pointed out, Miyazaki’s film probably prompted the release.)

The novel was once banned in Japan

Before it became a student classic, “How Do You Live?” was a no-no for the government. The interwar years between ’20s and ’30s Japan were extremely authoritarian, so much so that Tokyo had a special branch called the Tokko—a.k.a. thought police—who upheld the Public Security Preservation Law, which put a stop on media with anti-authoritarian and Western ideals.

Author Yoshino was somewhat of a politics enthusiast in college, where he grew an interest in socialism. In 1931, he was imprisoned for 18 months due to “socialist thinking.” By 1942, his book was taken out of circulation and republished in 1945 when it was “cleaned” from any mentions of imperialism, criticism of capitalism, and class problems.

Out of all the morsels of info the Ghibli folks could give, one of them was this: Suzuki described it as a “fantasy on a grand scale.” Alongside that, the producer also said that he sees himself in one of the non-human characters.

Despite the source material’s more low-key ways, Miyazaki has been known to amp things up when it comes to adaptations. Case in point: 2008’s “Ponyo,” which is based on “The Little Mermaid,” but stars a ramen-loving goldfish who wants to be human instead.

Miyazaki’s dedicating it to his grandson

Given that the OG novel’s subject matter deals with loss (and that this may be Miyazaki’s so-called swan song), the Studio Ghibli vet is reportedly offering it to a certain special person.

“Miyazaki is making the new film for his grandson,” Suzuki said in a Japanese TV interview, as reported by IndieWire. “It’s his way of saying, ‘Grandpa is moving on to the next world, but he’s leaving behind this film.’”

It was intended for release in time for the 2020 Olympics

According to reports, Miyazaki had 20 minutes’ worth of storyboards for “How Do You Live?” by 2016. The filmmaker had proposed that the film could be done before the 2020 Tokyo Olympics, but to Suzuki, that was an impossible sched.

In March 2021, Suzuki reported that around half the film’s 125 minutes is already animated, although he doesn’t expect it to be released for another three years, since it’s all hand-drawn. (Here’s to patiently waiting, folks.)

Still from “Spirited Away”