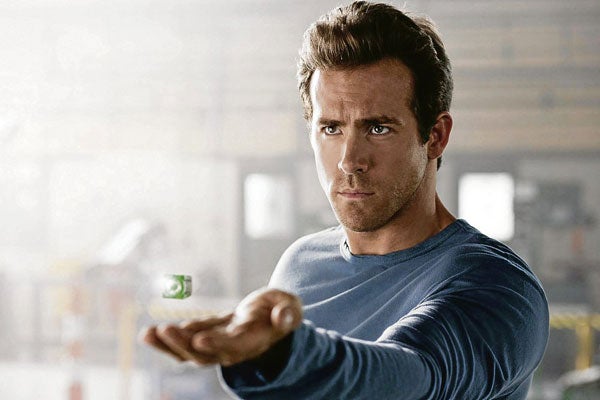 Bringing the enduringly popular superhero from comic books to the big screen for the first time, Warner Bros.’ “Green Lantern” stars Ryan Reynolds in the title role, under the direction of Martin Campbell.

In a universe as vast as it is mysterious, an elite, powerful force has existed for centuries. Protectors of peace and justice, they are called the Green Lantern Corps.

Warriors sworn to keep intergalactic order, each Green Lantern wears a ring that grants him the ability to create anything his mind can imagine. But when a new enemy called Parallax threatens to destroy the balance of power in the universe, their fate and the fate of Earth lie in the hands of their newest recruit, the first human ever selected: Hal Jordan (Reynolds).

Hal is a gifted and cocky test pilot, but the Green Lanterns have little respect for humans, who have never harnessed the infinite powers of the ring before.

But Hal’s humanity is one weapon no member of the Corps has ever had, and if—with willpower, determination and the encouragement of fellow pilot and childhood sweetheart Carol Ferris (Blake Lively)—Hal can quickly master his new powers and find the courage to overcome his fears, he may prove to be not only the key to defeating Parallax… he will save the Earth and all of mankind from certain destruction.

The character Green Lantern goes back over 70 years, first appearing in All-American Comics in 1940, and evolving over time. The Green Lantern Corps is a federation assigned to police the 3,600 sectors in the universe, overseen by an ancient race of immortals called the Guardians, who reside on the planet Oa. Most Lanterns are aliens, but of the six Earthbound members in DC Comics’ history (Alan Scott, Hal Jordan, Guy Gardner, John Stewart, Kyle Raynor and Jade), Hal is arguably the most popular.

In 1959, writer John Broome and artist Gil Kane created Hal Jordan under the guidance of editor Julius Schwartz, reintroducing the character of Green Lantern to the world in Showcase #22, and earning their own title, Green Lantern, the following year. Unlike his more mystically bent predecessor, this new Green Lantern was a little more “sci-fi” as a member of an intergalactic police force comprised of numerous alien species, each with a ring that gave them extraordinary mental and physical abilities. Broome and Kane also created several of the main characters in Hal’s life who appear in the film, including Carol Ferris and Tom Kalmaku, and some of Hal’s family members.

After many years away from the Corps, Hal was brought back in 2005 by writer Geoff Johns and artist Ethan van Sciver, in the miniseries Green Lantern: Rebirth and in the subsequent ongoing title. Their work reignited an interest in the comic that had been missing for some time, and garnered them both critical and commercial success. 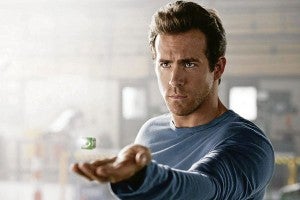 Geoff Johns, a self-described hardcore comic-book fan since his youth and a co-producer on the film, felt the relaunch was an opportunity he couldn’t pass up. “Prior to Green Lantern: Rebirth, Hal Jordan was actually dead and buried and the Green Lantern Corps was no more. There was only one ring left,” he says. “When I took on the book, I really wanted to bring back the epic tales of Green Lantern and the Corps, and their role in the greater DC universe at large.”

As the readership grew, Johns decided to go back and tell Hal’s story “from an emotional point of view, and in a modern-day context.” The result was 2008’s publication Green Lantern: Secret Origin. “I created a storyline for new readers that related what made Hal who he is and how he became a member of the Corps.”

At the same time that Johns was penning Origin, the filmmakers were developing the motion picture, with Johns’ previous writings providing a good deal of inspiration.

“Our film is the Hal Jordan origin story,” producer Donald De Line says. “In telling it, we wanted to be faithful and true to the spirit and the canon of Green Lantern, and Geoff’s body of work provided an ideal place to start.”