How to ‘tita’ it out in Baguio: A pandemic tourist’s guide | Inquirer Lifestyle ❮ ❯ 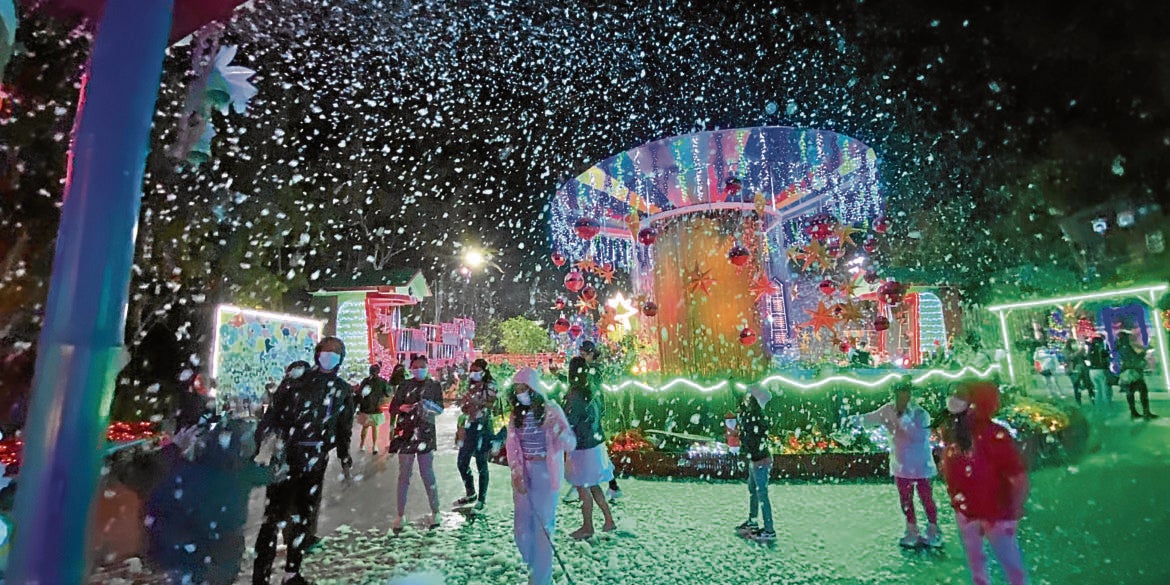 How to ‘tita’ it out in Baguio: A pandemic tourist’s guide

We can’t go to the City of Pines on a whim anymore, but preparation is necessary for pine-scented air

Baguio is fully booked, but there’s a way around it if you really want to go for the holidays.

The COVID test requirement was dropped for fully vaccinated visitors in October, and there were (supposed to be) “three easy” requirements that one must meet to go there. The first one was getting a Visita QTP, a QR tourist pass that indicates where you’re staying and for how long—it’s practically a visa.

Baguio accepts only 2,000 tourists per day, so applying for a Visita code online (visita.baguio.gov.ph) was tough, especially when my friend Kat and I already booked a hotel for the second week of November—after All Saint’s Day but before payday—to avoid crowds.

The Visita website required the basic information, a valid ID and digital copies of the vaccination cards, but booking a piso sale on Cebu Pacific was easier. There were blocked dates which, according to the Baguio Tourism page on Facebook, means that the cap was already reached. Our hotel, Azalea Hotels & Residences, thankfully assisted us in getting our Visita QTPs on time.

Baguio is strict with tourist arrivals, and Azalea general manager Elisa Escobar said a thousand slots were recently opened for December, but those were also filled up fast. The good news, she added, was that “hotels that would like to set up their own triage will not be included in the 2,000 tourist cap.

“We were forced to cancel bookings this weekend because the guests could not get a Visita pass,” Escobar added. Foreseeing holiday revelers, Azalea will soon have its own triage to accommodate guests.

So what exactly is a Baguio triage?

Baguio Visita explains on Facebook: Triage personnel scan QTP to verify travel status. If travel status is pending or rejected, the tourist will be sent back. For approved travels, a health screening (temperature check) and document validation (vaccination card check) will proceed. If visitors converge during peak hours, expect a longer waiting time.

The triage area was on the Baguio Convention Center grounds—but we skipped that and did a surprise “drive-through triage” instead, which, apparently, was the protocol when taking a bus.

Kat and I had been planning our Northern Luzon trip since early this year. We wanted to go back to Sagada, maybe get tattoos from Whang-ud in Buscalan and eat authentic pancit batil patung in Tuguegarao—but we realized that the pandemic is already tedious, and we can skip all of those and stick to the cool and comfortable City of Pines to tita it out. The “adventurous” part would be taking a bus, but that also didn’t happen because we booked the JoyBus Premiere online (iwantseats.com.ph), a no-stopover fancy bus with its own attendant, toilet and triage.

Instead of doing triage upon arrival like those in private vehicles, we had a triage in Cubao before boarding. It was pretty quick, and we didn’t have to go down at the convention center. The attendant handed us a small paper that served as a “triage pass” (keep it). JoyBus also maintained limited capacity, and some seats were empty.

My Baguio holiday was chill but still fun, like that previous trip when, after one too many drinks, my friends and I decided to hop on a bus the next Sunday just to go boating in Burnham Park—because none of us had done that before.

This time, we rediscovered the nostalgic and explored new Baguio.

We ate at Baguio classics: Volante for cheese pizza and chicken pesto pasta, and Good Taste for butter chicken, lechon chopsuey and cheap dessert. It was our nth visit but it was our first time to try the pandemic-popular Vizco’s strawberry shortcake (it tastes better at source, as expected). We even went to the foggy SM Baguio for the “overlooking” terraces and supplies.

Home Sweet Home Chapel on Governor Pack Road was still a good alternative for Sunday Mass when Baguio Cathedral gets full. Hill Station fine-dining restaurant at the century-old Casa Vallejo Road on Upper Session had a pianist and families for Sunday lunch, a good sign that business is back.

A nice discovery was Secret Garden, a hidden Italian restaurant on Paterno Street. The staff said the items were “good for one,” so, used to Makati serving sizes, we ordered for each the “solo” Baguio veggie and prosciutto salad, thin-crust pepperoni pizza, seafood cream and aglio olio pasta. It was a feast.

One concern in going around Baguio is the number of solicitors and informal vendors going inside establishments, reaching even odd places like Balai Studio Café on the second floor near Prime Hotel where we were having a nightcap. Always remember to be mindful and look after your things.

Next stop was the Christmas Village at Baguio Country Club, which had a dress code: “No rubber slippers, regardless of the brand and cost, are allowed.” It sounded snooty, but I understood why when the “snow” fell.

It was slippery, but the kids playing with snow foam and couples taking Korean drama photos didn’t seem to mind. Ticket was at P100, and it was a good call for us to reserve slots online (they asked for the “triage pass”) because the walk-in line was long.

We had bibingka, puto bumbong and brewed coffee while watching the Nativity skit. The famous country club raisin bread was also sold there.

Escobar recommended checking out Mirador Jesuit Villa and Retreat House. One must pay a P100 entrance fee to go around the mountainous Mirador Heritage & Eco-Spirituality Park to get there. If you’ve been to the famous grotto, it’s exactly that area.

It was a scenic hike, with stops in rock gardens and Japanese vibe spots like the Arashiyama-inspired bamboo forest, and the Garden of Grief that led to a Torii gate, a peace memorial. We were supposed to have snacks at Café Iñigo but it was full.

In between activities, we stayed in Azalea and rewatched “Hometown Cha-Cha-Cha.” Kim Seon-ho also kept us company before going to bed.

The steampunk Ililikha Artist Village on Assumption Road is free and an Instagram favorite. A project of film director and National Artist Eric de Guia, aka Kidlat Tahimik, it’s a colorful maze of cathedral windows, vintage stuff, native art, mismatched chairs and a lot of mosaics made from broken things. The bohemian free-form aesthetic extends to the mini cafés that open at 11 a.m. and a flower shop.

We walked around the University of the Philippines and after another triage (of course!), chanced upon the photo exhibit “Batok: Tattoos of the Cordillera,” a celebration of the region’s traditional tattoos. It is part of the Ibagiw Festival ongoing until Nov. 30.

Museo Kordilyera charges a minimal entrance fee, but go for the textile exhibit, “Handwoven Tales: The Warp and Weft of Cordillera Textiles,” which explains regional fabrics and their purpose. We found a stairway to the basement, which displays beautiful yards of artisanal fabrics. At the gift shop I bought a blingy Patis Tesoro mask, my only souvenir. Well, aside from the Sagada coffee from the palengke and sweets from Good Shepherd.

We celebrated our birthdays (Kat’s belated and my advance) in the trendy 113 Wagner Café, a cozy garden restaurant in a residential area, and probably the only place in Baguio that requires a down payment to reserve. It was wedding proposal kind of pretty, with ambient light and landscaping by Francis “Kiko” Villalba.

Chef Rudolph Cabuay created the menu, and we opted for the six-course steak and seafood pasta set. I overheard the next table (probably from Manila, too) say they booked a month in advance for a seating.

We can’t go to Baguio on a whim anymore—preparation is necessary for pine-scented air.

Save for an unsatisfying pampering package in a hyped spa and Marcos campaign posters everywhere, the Baguio experience with reasonable prices was great. Our last meal was lugaw with egg at Goto Baden House—an essential and comforting finale to a pleasant trip.