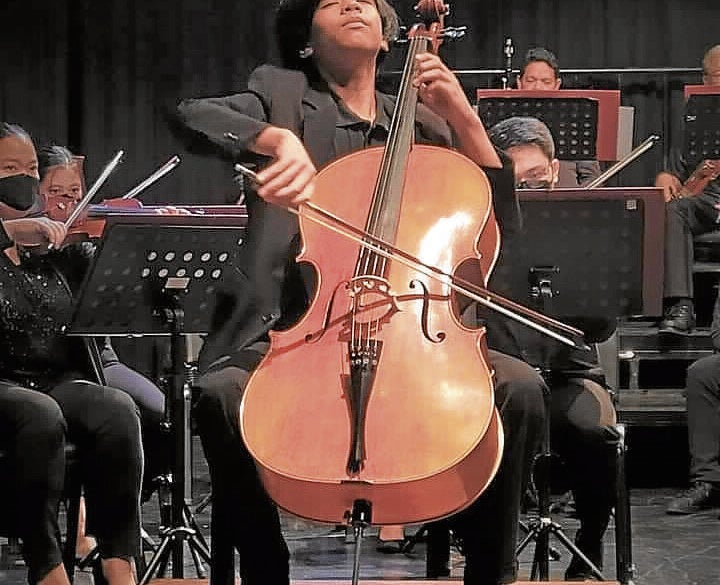 The winning streak of Filipino cello prodigy Damodar das Castillo, 13, continues after he recently qualified as one of only 60 contestants worldwide for the XI International Tchaikovsky Competition for Young Musicians.

“I am pleased to congratulate you on our acceptance of your application and confirm your participation!” Ivan Shcherbak, director of the XI International Tchaikovsky Competition for Young Musicians, emailed the young Castillo.

Considered the most prestigious music competition in the world, the XI Tchaikovsky Competition attracted more than 900 musicians from 23 countries.

Castillo is in town and has just finished recording the Elgar cello concerto with Manila Symphony Orchestra (MSO) under conductor Jeffrey Solares.

The live recording session, done at Black Box Theater in Circuit Makati, drew applause from the musicians themselves.

Remarked Sara Maria Gonzales, associate concertmaster of MSO after the recording session: “You continue to inspire us! Your tones were so rich and full of color and yes, full of life. Bravo!”

A full music scholar of Salzburg Mozarteum in Austria under Barbara Lübke-Herzl, Castillo is in town to prepare for the Tchaikovsky Competition which will be held in the first quarter of 2022 in Moscow in the first rounds, and then in Chengdu, China, for the last round.

He was last heard in the country in 2019 in an outreach concert at Nelly Gardens in Iloilo City, where he received two standing ovations, along with pianist Dingdong Fiel.