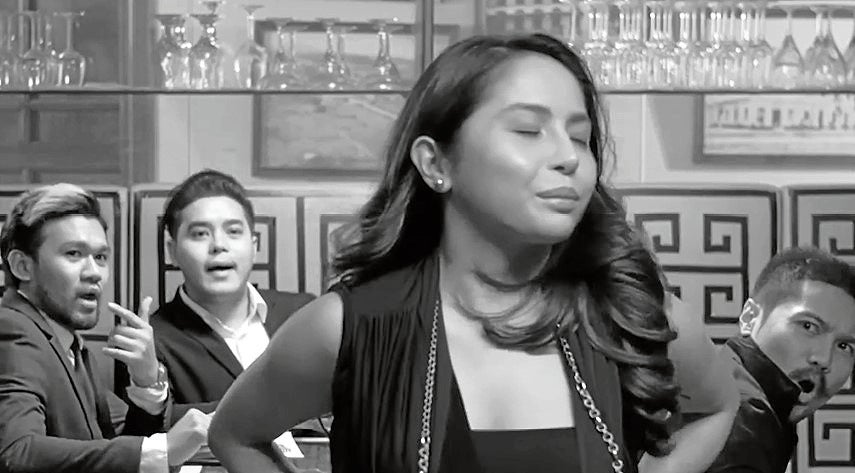 FDCP Chair Liza Diño said the festival is “running out of old silent films” and the Philippine archive is almost maxed out, so the Mit Out Sound was created to augment that shortage. The qualified participants were tasked to reimagine classic films by Jose Nepomuceno, known as the “father of Philippine motion picture.” The chosen filmmakers trained with mentors on story development, visual storytelling, safe filmmaking, editing and technicalities of silent filmmaking.

The theme is “Reimagining the Past with the Present,” and the silent short films will be streamed for free from Dec. 1 to Dec. 3 on the FDCP Channel (fdcpchannel.ph/isffm2021).

The nine silent short films cover topics from summoning a manananggal to falling in love with a tikbalang and mishaps of online dating.

“Ang Tatlong Hambog,” directed by Sari Katharyn Molintas and scored by Glenn Barit, is about a vaudeville Chaplin impressionist who falls in love with the star singer. He helps her deal with infatuated audience members who just won’t leave her alone.

Directed by Ej Gagui and scored by Marienel Calma, “Tianak” tells the story of two women from a small town who are terrorized by the same monster.

“Alingasngas ng mga Kuliglig,” directed by Vahn Pascual and scored by Karl Arthur Javier and Nik Rosacay, is about a boy from the barrio who is forced to become the town’s albularyo. The reluctant healer secretly despises his boring life—then he falls in love with a tikbalang.

“Dikit” by director Gabriela Serrano, with musical score by Paulo Almaden, shows a young woman with a big secret: She desperately wants a different body, and sees a window to get exactly that when a new couple moves in next door.

Director Nikolas Red and musical scorer Jem Talaroc presents “Putol (The Cut),” a story of an archivist who is terrorized by a sinister creature that he summons from a silent film he is watching in the dead of night.

Kate Torralba and Jopie Sanchez collaborated to direct “Ha-Ha-Hambog,” scored by Odoni Pestelos. It’s about a waitress who matches with three toxic guys on a dating app. The trouble starts when she entertains all of them at the same time in the middle of her work shift.

“I Need More than Tofu and Other Vegetables,” directed by Hector Barretto Calma and scored by Jude Edgard Balsamo, is about a lesbian struggling to live with her girlfriend who is troubled by a terrifying past.

The best Mit Out Sound films will be awarded on the closing night.

Opening night at the Met

The International Silent Film Festival opened with an in-person event at Metropolitan Theater in Manila on Nov. 24. The opener was the 1925 Japanese action film “Orochi (Serpent),” directed by Futagawa Buntarō and scored live by Munimuni band.

Japan Foundation Manila director Ben Suzuki said he sees “big potential” in such hybrid on-site and online festival style so that “we can continue despite social and physical limitations.” He also noted that live accompaniment is still “very important for appreciation of silent films.”

Classic films screened online were from France—”Le Porion (The Foreman),” 1921, directed by Georges Champavert, scored by Manila Philharmonic Orchestra; Italy—“Pinocchio” by Giulio Antamoro, 1911, scored by Vidmar-Tiro-Tiro Trio; Spain—“Carceleras” by José Buchs, 1922, scored by Pordalab; and the United Kingdom—“Dr. Wise on Influenza,” commissioned by the Ministry of Health, 1919, scored by Joee Mejias.

“We treat the film as another bandmate and try to immerse into the mood, the environment,” Galvez said. “We play off each other and listen to what everyone else is doing onstage; we ride the wave of whatever our bandmates are doing.”

Two webinars on “How to Watch a Silent Movie” and “Restoration and Reinventions in Film Archives” were also held.