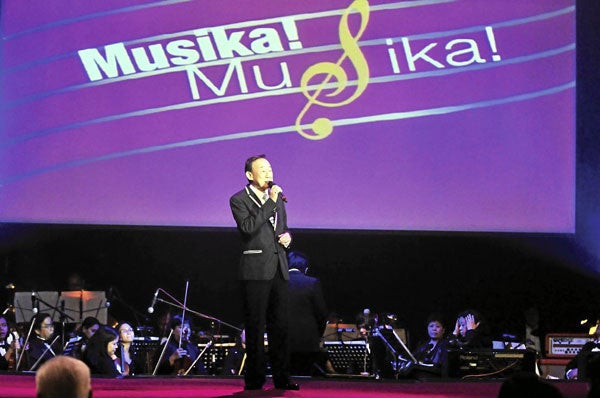 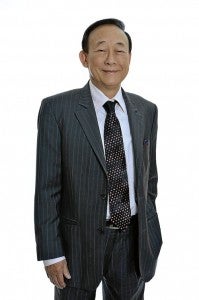 In today’s world of specialization, when one knows more and more of less and less, the fusion of two or more callings is a less-attractive task people would indulge in. Thus fusing of business with art is unthinkable and simply a waste of time.

Entrepreneur George Yang is a shining exception, a rare find as he marries the mundane task of making money with the esoteric art of singing. A byword in the fast-food, hamburger business, he has made an impressive feat as founding chair of Golden Arches Development Corporation and has made his name synonymous with McDonald’s Philippines.

Today, he is not only known as an accomplished entrepreneur but also a fine singer, thus adding another feather to his cap. He started dishing out glorious melodies of the good oldies, and later changed gear to sing the more demanding classical songs, notably operatic arias, Neapolitan songs and the like.

In a conversation, Yang says blending business and music is a rewarding experience, a “good balance” that unites opposites. Business deals with concrete matters eventually translates into hard-earned money. Singing, on the other hand, is concerned with the “spiritual, the intangible that lifts up the spirit.” 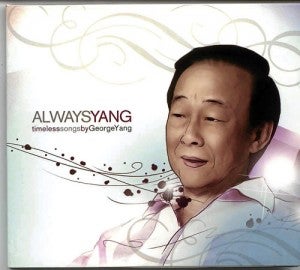 From the material, music, Yang says, transports him into another plane, a veritable bliss where he derives a different kind of fulfillment money cannot provide.

Not long ago, Yang and his foreign associates would find time to unwind, and singing with the karaoke was a favorite pasttime. Singing was just for fun, until it became an irresistible habit that moved him to buy a karaoke, and he sang with gusto alone in the comfort of his home.

A lady friend in the stock-market business, who had taken classical singing lesson on the side and sung in several recitals, heard him and was impressed with his singing. After some coaching from her, she encouraged him to have private vocal lesson, which he did, enlisting the expertise of Puring Cavan and later Rachelle Gerodias, who remains his mentor.

For someone who started singing late in life, George is a phenomenon. Having heard him in soirees, and coached him in a session, is enough for one to be convinced of his natural talent.

Listening intently further to his recording, “Always Yang,” one is impressed with his fine God-given vocal prowess.

Remarkable is its sheen and range that unmistakably define a debonair tenor texture. His musicality is frank, honest and highly sensitive, un-cheapened by make-believe sentimentality. 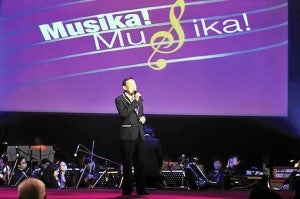 Singing brought him in contact with professional singers and students.

Listening to some of Manila’s talented vocal singers who have to make both ends meet for them to continue their study has moved him so much. He realized that a God given talent should be allowed to bloom, not to be left uncared for.

So he put up Klassikal Music Foundation, which provides financial assistance to deserving vocal students to finish their study.

The foundation has a scholarship fund earmarked for that said purpose. The setting up of the foundation is in keeping with the insight George has imbibed: “Music is good for the soul, but helping others in need for their music to be heard is even better!”

Yang says the scholarship grant “is a way of giving back to God, who gave me the gift of singing.” Such philanthropy becomes a real gesture of a thanksgiving that makes life truly beautiful!

He has given two concerts for the benefit of the fund. The initial concert brought a whooping P3.6 million; the expenses, he personally shouldered.

He did not keep a centavo from the concert, devoting the proceeds to the foundation.

The next concert McDonalds funded, and the profit was split between the foundation and Mcdo’s charity projects, the expenses charged to the latter.

Klassikal Foundation has granted scholarships to 33 students enrolled in the music schools of Metro Manila. Initially it gave grants to some students for their schooling abroad, who eventually earned scholarship in their respective schools.

Soft-spoken and amiable George, who had gone to Wharton for his schooling, truly strikes vibrant cords that come straight from the heart. His songs soars high, full of love and compassion, all done in the service of the enduring art of singing.