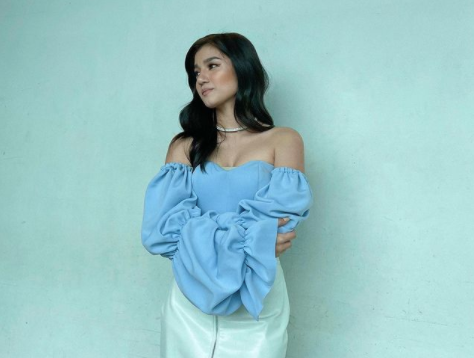 If there’s one person more excited than Belle Mariano when she released her first album “Daylight,” it was definitely her mom Katrina who has supported her all the way. She also happened to be the first person Mariano shared the good news with.

“Sobrang natuwa siya (She was so happy). She wants that for me and she knows how much na gusto kong magkaroon ng album (I really wanted to have an album),” Mariano said during the album’s online press  launch last Friday, Dec. 3.

Mariano still can’t seem to believe that she now has an album she can call her own, with the single “Sigurado” off it. She’s ecstatic about how the album dropped officially at the stroke of midnight, and she is still at that phase where all the good events are still sinking in, like hearing her songs played on Spotify and other digital platforms.

Aside from the single, the seven-track album includes the songs “For Your Eyes Only,” “Tanging Dahilan,” “With You,” “Rainy Days,” “Rise” and “Nights of December.”

Mariano can relate very much to the track “Rise” because she said it echoes her personal journey.

“Actually, it applies to all of us. We are on the rise. We’re all just dying to get by each day, dying to look for hope, dying to get that inspiration,” she explained. “Kaya siguro may oomph ‘yung voice ko kasi gusto kong iparating talaga o i-articulate sa mga listeners ‘yung gusto kong mensahe sa kanila.”

(Maybe that’s why my voice has that “oomph.” I really want to articulate to the readers the message I wish to bring them.)

Without the benefit of formal music lessons, Mariano also recounted how she grew up singing videoke for her grandfather

(I feel like it was him who pushed me to sing. Singing in videokes may have just been part of my training.)

Mariano’s career has recently been on a roll. Aside from her “Daylight” album, she was also cast in her first movie with Donny Pangilinan, “Love Is Color Blind,” which starts streaming Dec. 10. JB