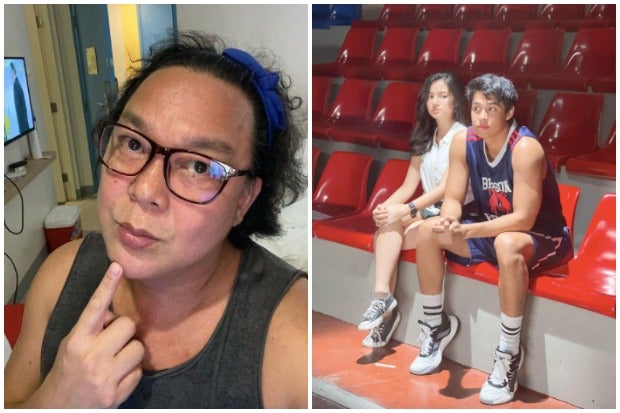 For veteran comedian John Lapus, the love team of Donny Pangilinan and Belle Mariano bears similarities with the more established pair of Kathryn Bernardo and Daniel Padilla, lovingly called by their fans as KathNiel.

Lapus saw how KathNiel evolved as a love team, and he thinks the same formula is what’s at work now in the pairing of Donny and Belle. He expressed this observation during the online conference for the movie “Love Is Color Blind” last Friday, Dec. 3, citing how sweet the new pair is.

Lapus noted that he saw KathNiel in DonBelle in terms of movement.

“May (There is) movement, you know, I have seen in many love teams, and actually, DonBelle reminds me so much of KathNiel,” he said. “Kasama rin ako sa kanilang first movie together. Iba ‘yung magic, eh. Individually, I like them both.”

(I was also in their first movie together. The magic is different.)

(With Donny, my feeling is that just like Daniel, I think all celebrities who also have actors for parents get briefed by their parents.)

(It’s because he’s really such a good kid, gracious, the first to greet senior actors. You would know he was trained well by his parents who are also celebrities. That’s exactly how Daniel is.)

Mariano, according to Lapus, reminds him so much of Bernardo because she is sweet. One thing more Pangilinan and Mariano share is that they both came from the kid’s TV show “Goin’ Bulilit.”

Lapus added that he has high respect for child actors because he sees they are very industrious.

“For a kid na magtrabaho (to work) instead of you know having a normal kid’s life na maglaro sa kalye (to play in the street). Mataas ang respeto ko. ‘Yun ang nakikita ko kay Belle. Other than that, kay Belle I could testify kasi nga ako ang lagi niyang kaeksena,” he said.

(For a kid to work instead of you know, having a normal life of playing in the street, I respect them a lot. That’s what I see in Belle. Other than that, for Belle, I could testify because, because we are always together in scenes.)

Lapus has got faith that Mariano will not only go places but will also be recognized as an actor one day.

(She is so good. I won’t be surprised if she earns a Best Actress award in the future.) JB