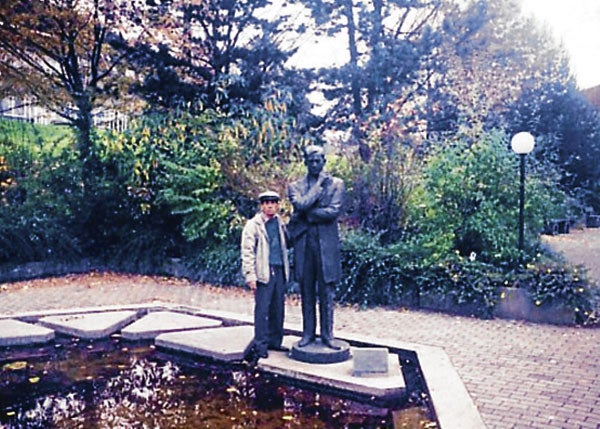 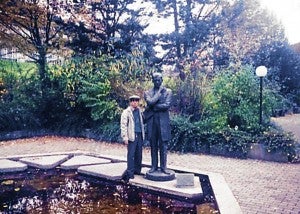 Unknown to many, Dr. Jose Rizal celebrated his 25th birthday with a Lutheran minister, Karl Ulmer, and his family on June 19, 1886, in Wilhelmsfeld, an idyllic and quaint suburban district 15 miles from Heidelberg town.

In commemoration of that occasion, the Ulmer family honored the “young Filipino eye doctor with a party in their house where strawberry punch was served,” as recounted by Fritz, one of Pastor Ulmer’s sons.

The Germans have a deep attachment and devotion to Rizal, and today he is still revered as one of their own in two places in Germany: Heidelberg and Wilhelmsfeld.

Old-timers and German Rizalistas of Heidelberg pay respect to our national hero with appropriate ceremonies during his birthday every year. They still share fond memories of our hero’s memorable six-month sojourn in Heidelberg and Wilhelmsfeld, which they reminisce with particular devotion and veneration.

Heidelberg, a city in southern Germany, is famous for its ancient university, romantic surroundings, old churches, majestic castles and cobblestone streets redolent of a bygone era. Heidelberg is the best-known place and destination for Filipino tourists and Rizalistas bound for the historic German city because of Rizal’s poem “To the Flowers of Heidelberg,” and the three-story Baroque building, the Alte Universitat. It is Germany’s oldest university, founded in 1386. 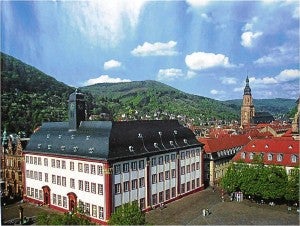 The young Rizal arrived in Heidelberg on Feb. 3, 1886, from Paris and immediately fell in love with the beautiful city.

In October 1998, or 112 years after Rizal’s arrival in Heidelberg, I traveled to Germany for a one-month “centennial tour” (1998 being the 100th anniversary of the declaration of Philippine independence) to retrace Rizal’s footsteps in Germany’s oldest university town, where our hero stayed for six months.

I was enamored with Heidelberg’s romantic surroundings and picturesque scenery. The ruins of the magnificent castle perched on a steep bank of Neckar River, overlooking the city, give a very romantic aura. The Old Roman Bridge with its historic gateway is awe-inspiring.

In Heidelberg, Rizal studied the German language; attended lectures in ophthalmology as an observer under Dr. Otto Becker and professor Wilhelms Kuehne, at the Alte Universitat; and trained under two outstanding ophthalmologists, Dr. Becker and Dr. Galezowsky, in the “Augen Klinik” or eye clinic.

Rizal stayed for a while in a four-story pension house at Karlstrasse No. 16, but he soon moved to another boarding house—a three-story apartment at Lutwigsplatz No. 12 Grebangasse in front of University of Heidelberg. 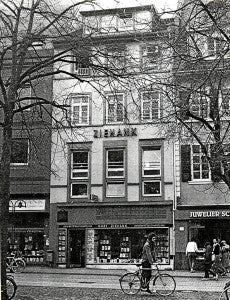 The first floor of the place where Rizal used to live now houses a bookstore. It was here where Rizal in his lonely moment wrote his nostalgic poem “A las Flores de Heidelberg” on April 22, 1886, when he just turned 25.

Nick Joaquin said that “the poem is one of the most charming poems, luminous, not black, musical, not curt.” It was published in the December 1896 issue of La Solidaridad.

To pay tribute to the National Hero, a bronze marker placed at the façade of this well-preserved boarding-house reads: “In this building, former Ludwigsplatz 12, Rizal lived from Feb. 18 to June 1886. His poem ‘A las Flores de Heidelberg’ was written here on April 22, 1886. Embassy of the Philippines, June 19, 1960.”

The building has remained incredibly the same as it was during Rizal’s time. Another marker was affixed at the entrance of the University Eye Clinic where our young doctor trained in ophthalmology.

Rizal left Heidelberg and moved to Wilhelmsfeld. From Wilhelmsfeld, he would regularly commute to and from Heidelberg in this 12-km stretch, which took him three hours walking the marvelously beautiful forest to attend his studies at the university. 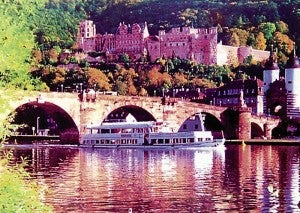 Wilhelmsfeld, a mountainous village with ancient trees on the hillside of Odenwald in West Germany, can be reached 30 minutes by car through a pine forest and zigzag roads from Heidelberg.

Rizal spent three months in Wilhelmsfeld as a house guest of Pastor Karl Ullmer, with whom Rizal had a chance meeting earlier while strolling along the Philosophen Weg (Philosopher Way), a “scenic path along the banks of Neckar River which overlooks Heidelberg’s majestic castle.” Pastor Karl Ullmer, the vicar of the paris, became Rizal’s devoted friend.

A long friendship blossomed between them, and the German pastor invited for the young foreigner to stay with his family as house guest. Rizal’s stay with the Ullmers gave him the chance to make incredible progress in speaking and writing in German. It also afforded him to savor and imbibe the spring peace of green valleys, farm house and picturesque scenery.

In this idyllic setting, he finished writing the last chapters of his first novel, “Noli Me Tangere,” as well as made crucial revisions on the draft.

To keep Rizal’s memory alive, a plaque carved in gold letters on the black marble was installed in the three-story, century-old stone house of Pastor Ullmer on Jan. 4, 1960. The plaque reads as follows from its original German: “Jose Rizal (1861-1896), National Hero of the Philippines, wrote the last chapters of his novel ‘Noli Me Tangere’ in this house while a guest of Pastor Ullmer in 1886.”

Outside Pastor Ullmer’s house is a street named Jose Rizal while an embankment along Neckar River bears the name of our national hero—Rizal-Ufer.

It was in Wilhelmsfeld where Rizal celebrated his 25th birthday. They toasted to strawberry punch and enjoyed the warmth of the company. It was an intimate relationship with Ulmer’s family that, three generations later, two grandsons of Pastor Ulmer would tenderly reminisce about their former tenant.

“My grandfather used to say that his vicarage had only two foreign guests, one an empress (Elizabeth of Austria, who stayed in their residence in 1885) and the other, Rizal, and that of the two it was Rizal whose memory lingered the longest.”

The high point of any visit to Wilhelmsfeld has to be a tour of Rizal Park. It is nestled in a picturesque setting—rolling, steep hills bound and dominated by pristine forest amid bucolic surroundings.

Standing at the center of Rizal Park is a “larger-than-life bronze statue showing Rizal with a quill in his right hand touching his face slightly in deep thought with a far gaze.”

In front of the well-manicured park and cobblestone lawn is a statue with mini fountain and three manmade islets, while nearby is a concrete-and-wood bench canopied by huge ancient trees, half-bare, welcoming the coming of winter.

A tinge of sadness and nostalgia engulfed me as I sat on the bench reminiscing about Rizal merrily celebrating his 25th birthday in 1886 and toiling on his first novel “amid the sepulchral silence of the vicarage garden, among the German flowers he loved so much.”

In naming a plaza for our national hero in Wilhelmsfeld, the people of Heidelberg was “honoring the memory of a man of letters and science, who, with courage and generosity and brotherhood, struggled until death for the moral and intellectual advancement of his people.”

Time and distance cannot obliterate the memory of Rizal in Heidelberg—“The City with Heart.” To the inhabitants of Heidelberg and the German government, “Danken” (Thank you).

Ramon M. Roda is a retired professor of Spanish and Rizal course at the College of Commerce of the University of Santo Tomas.