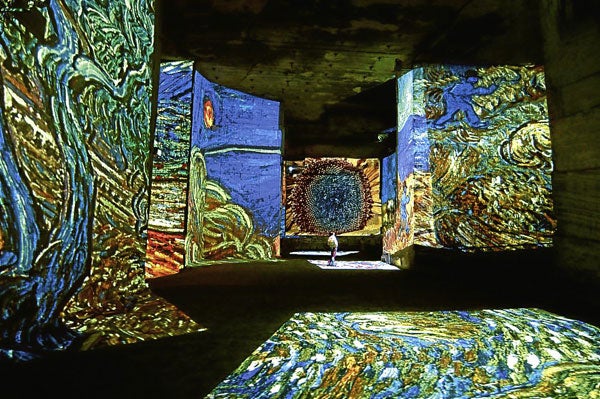 There is still a friendly debate on whether the shape of the building is an interpretation of a lotus, a giant hand or a flower.

Called the ArtScience Museum, it has also received an ambivalent welcome from the local arts-and-culture community, which is still pondering what the owners were thinking when they coined the term “ArtScience.”

One of the the museum’s major shows, “Van Gogh Alive—The Exhibition,” ongoing until Nov. 6, is an engaging revue of the Dutch artist’s works, but for the fact that it does not display actual paintings. Instead, it uses 40 high-definition projectors to transform the ceiling, floor and walls of a cavernous gallery into one giant Post-Impressionist canvas. 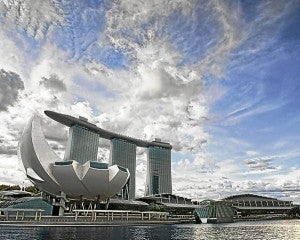 The effect is dramatic and visceral. But when you mount a Van Gogh exhibition and charge S$30 entry, there are two things you should expect.

First, your audience would want to stand in front of 100-year-old masterpieces to marvel at colors and texture, not be in awe of what is essentially an expensive slideshow that has turned important works of art into a one-dimensional graphic design. Second, posing in a theme room that recreates a Van Gogh painting with a chair, a table and a vase of sunflowers for a photo memorabilia would be the last thing on their mind.

Perhaps learning from this faux pas, the museum has followed up with “Dali: Mind of a Genius,” ongoing until Oct. 30, which boasts over 250 works by the Spanish Surrealist.

It includes furniture, jewelry, sculptures and paintings. Most of them are iconic: the lipstick-red “Mae West Lips Sofa,” inspired by the Hollywood actress; “Dance of Time,” his melted clocks; and “Spellbound,” a painting as large as a double-decker bus, which appeared in Alfred Hitchcock’s movie. Both the Van Gogh and Dali shows are traveling exhibitions. The museum has its own small permanent collection—housed in three galleries on the top floor, called Curiosity, Inspiration and Expression—which contain interactive works that argues the connection between art and science.

A more compelling reason to visit is to admire its sustainable design. From the outside it looks like a floating flower with 10 petals—these house 21 galleries, which are all oddly shaped because they are meant to capture natural light.

The restrooms use rainwater which is collected from the ceiling and drops down like a waterfall into a reflecting pond in the courtyard. 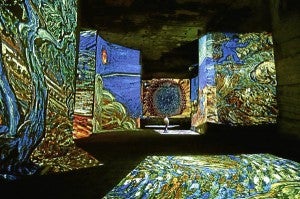 The structure is an advancement in science and design. Unfortunately, we can’t say the same thing about the establishment. 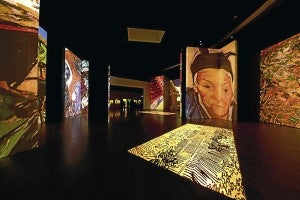