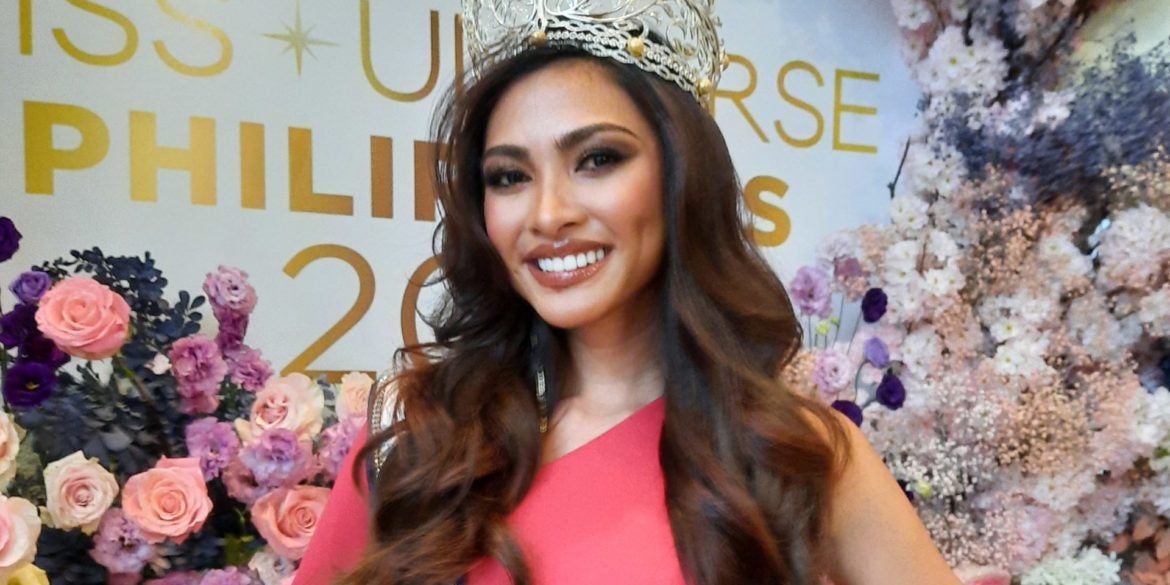 MANILA, Philippines—As a military reservist, Beatrice Luigi Gomez sees her participation in the Miss Universe pageant as a service to the country.

“I’m not just a representative, but a servant leader,” the reigning Miss Universe Philippines told the Inquirer at the sidelines of her last-minute preparations for the 70th edition of the global competition, before flying to Israel.

“For me, the similarities [of being a reservist and a beauty queen] is with the responsibility, what it means to stand not just as yourself, but as a representative of the rest of the Filipinos as well,” Gomez explained.

The Filipino beauty also found another aspect of her life that would have a great significance in the Miss Universe pageant, with the international tilt highlighting the green agenda for this year’s edition of the competition.

“I’m happy that [the Miss Universe Organization] chose to prioritize [the environment] this year because there is so much to discuss. And we need to really talk about it, and be influencers of climate solutions,” Gomez said.

“I have been scuba diving in Cebu, and it saddens me that the marine biodiversity has been really affected by climate change. I no longer see the species of fish and corals that we used to be proud of, they’re not existing in the waters of Cebu anymore,” she continued.

Gomez also said the impact extends beyond the environment, as those who earn from the waters also find themselves affected by the changes.

“We really need to prioritize climate action because it’s not only the environment that is being affected by climate change, but the people as well,” she explained.

She had already been crowned Miss Universe Philippines and her training regimen has been prepared when the Miss Universe Organization announced that the global tilt will promote the green agenda.

Gomez said her team adjusted her “curriculum” to “elevate” her knowledge about the environment, but clarified that other topics were also included in her preparation.

The statuesque queen also revealed that much of her training involved preparations for the dreaded question-and-answer round. It covered a multitude of topics, and incorporated exercises on public speaking.

“We had more sessions on public speaking and ‘QNA’ than my ‘pasarela’ [pageant walk],” Gomez shared. But it does not mean that the team had pushed her stage presentation to the backburners.

Miss Universe Philippines Creative Director Jonas Gaffud showed the Inquirer the signature walk that the country’s bet will showcase on the Miss Universe stage. He said several others of his former wards tried the unique runway style but it was only with Gomez that it looked natural.

“She has strong legs, athletic and long, that is why the style really suits her,” Gaffud continued.

In a candid conversation, Miss Universe Philippines’ Director for Communications Voltaire Tayag told the Inquirer that the team has “elevated” Gomez for the big leagues. She won both the Best in Swimsuit and Best in Evening Gown awards, and impressed the judges with her gift of gab during the national competition, but the international competition is a different game that requires higher standards.

Gomez’s preparations will finally be tested on the Miss Universe stage during the preliminary swimsuit and evening gown competitions, and national costume presentation, which will be shown real-time on the pageant’s YouTube channel early morning on Dec. 11 (Manila time).

“I only have one goal, and that is to win the crown. And I’m willing to do everything for it,” she told the Inquirer.

The coronation program of the 70th Miss Universe pageant will be on Dec. 12 (Dec. 13 in Manila). Andrea Meza of Mexico will crown her successor, who will be chosen from a field of 80 aspirants.