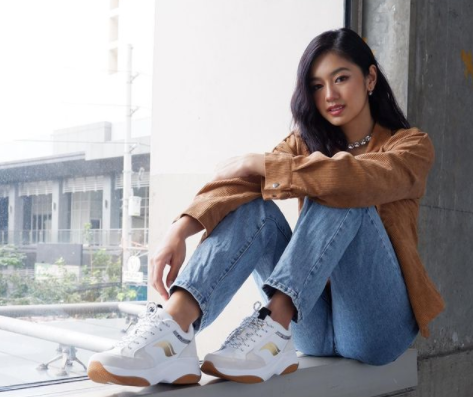 As she worked with director Cathy Garcia-Molina in “Love At First Stream” for the first time, newcomer actress Kaori Oinuma found the director to be a bit of a “terror” on set.

Oinuma, who plays a girl-next-door and supportive friend character in the film, shared how she “researched” on the director’s personality before reporting on the set of their movie.

(Direk is scary. Before I went on set I, watched interviews of hers. I said, “Why is direk so funny?” It’s different from what I hear that she is scary or a terror.)

But Oinuma realized that the female director is indeed strict and scary while on set. Off-cam, though, she found her director to be down-to-earth.

“Super barkada kami ni direk, lahat kami tawanan. Parang nawawala ‘yung takot namin sa kanya. So, work is work pero pag off set naman, lahat bonding talaga,” she said. (We’re like her friends, all of us laughing. It’s like our fear disappears. So, work is work but off set, all of us really bond.)

(Direk Cathy is all-around on set. She’s the director yet sometimes she does assistant director tasks. Sometimes she fixes our hair, she does our make-up. All of that, she does all that.)

One time, the director noticed that her hair was almost in disarray. The director found it so flat that she herself fixed it.

“Love At First Stream” stars Daniela Stranner, Anthony Jennings and Jeremiah Lisbo, and is one of the official entries in the Metro Manila Film Festival which will start showing on Dec. 25. JB

Erik Matti on filmmaking, COVID-19 and the ‘new normal’: ‘We must change ‘coz the world changed’