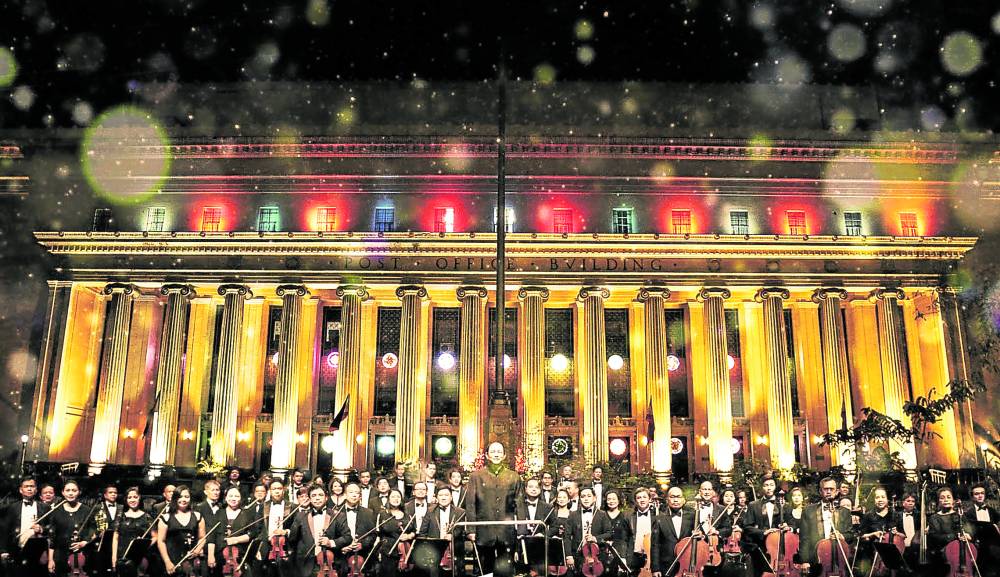 Philippine Philharmonic Orchestra (PPO) performed in a live outdoor concert at Manila Central Post Office on Dec. 3. The event was presented by the Cultural Center of the Philippines (CCP) with the Philippine Postal Corp.

Billed as “PPO at PPO (Philippine Post Office),” the concert was part of the Outreach Program of the CCP Office of the President, whose mission is to bring the arts closer to the people.

Joining PPO in its special concert were The Nightingales and young soprano Alexa Kaufman. The event was the first live performance of PPO since the pandemic and one of the Christmas offerings of the CCP.

Established in 1973 as an accompaniment for the performing artists at the CCP Theater, PPO has become the country’s leading orchestra and is widely regarded as one of the top musical ensembles in the Asia-Pacific region. It has performed with world-renowned conductors, including Mendi Rodan, Piero Gamba, Enrique Batis, Sebastian Bereau and Nicholas Koch, and with the best foreign and Filipino artists, such as Van Cliburn, Renata Tebaldi, Judith Engel, Anthony Camden, David Benoit, Cecile Licad, Raul Sunico and Lea Salonga. In June 2016, PPO made history when it became the first Filipino orchestra to perform at the world-renowned Carnegie Hall in New York City.

In view of the safety of the audiences, strict health and safety protocols were implemented during the event.