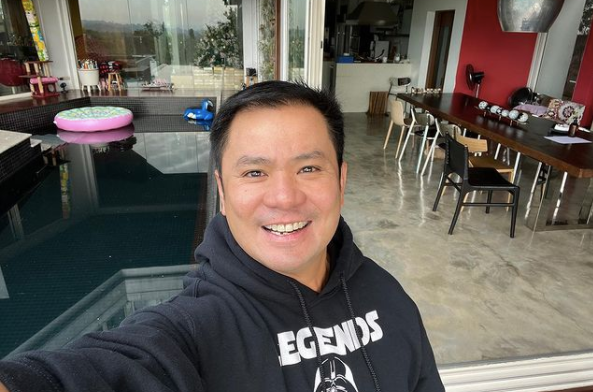 Singer-composer Ogie Alcasid is already happy about the feedback he has received for his latest composition, “Bayaning Tunay,” which is his way of honoring the frontliners during the pandemic.

Alcasid said he’s received a few comments since the video has been released on YouTube on the day of the virtual conference.

“I feel good about it, that they are appreciative of what we have done,” Alcasid said. However, Alcasid wished that he “could do more.”

“I believe in the multiplier effect when we pay it forward things will happen kaya kayo rin nandiyan (that’s why you are also there). I am sure this will lead to bigger things. (I’m) just grateful and I just wanna say thank you,” he said.

Whose feedback matters to him the most, when it comes to this project?

“Of course, I think for this particular song it is important sina Dr. Tony appreciate it and all the doctors that I zoomed in,” he answered. “Kasi kinanta ko sa kanila ito a capella, eh. I was singing to them a capella kasi wala pang areglo, nothing (I sang this to them a capella because there was still no arrangement then). I was just writing it from my brain. I wrote it down and I remember the melody.”

Alcasid was inspired when people said it was beautiful, and he took their word for it.

“That gave me the assurance [that it’s] okay, ipagpatuloy ko ‘to. (That I continue this). In fact, I was asking for their comments also. ‘Okay ba itong word na ‘to?’ (Is this word okay?) There were some lyrics that we had to change. And I have to get their approval for that.”

“Noong nakausap ko na sina Homer Flores, Gary and the rest, ayun, tuloy-tuloy na. It mattered to me also when the OPM artists started recording. Lahat sila (All of them), they were saying, ‘wow, this is beautiful,’” he said, noting that this project started about three months ago.

(When I already spoke with Homer Flores, Gary and the rest, there you have it, it rolled from there.)

“The cases of COVID-19 are going down. Praise the Lord! Let us not forget the unsung heroes who helped us during the most difficult moments in our hospitals during the pandemic — the frontliners,” Alcasid said. JB