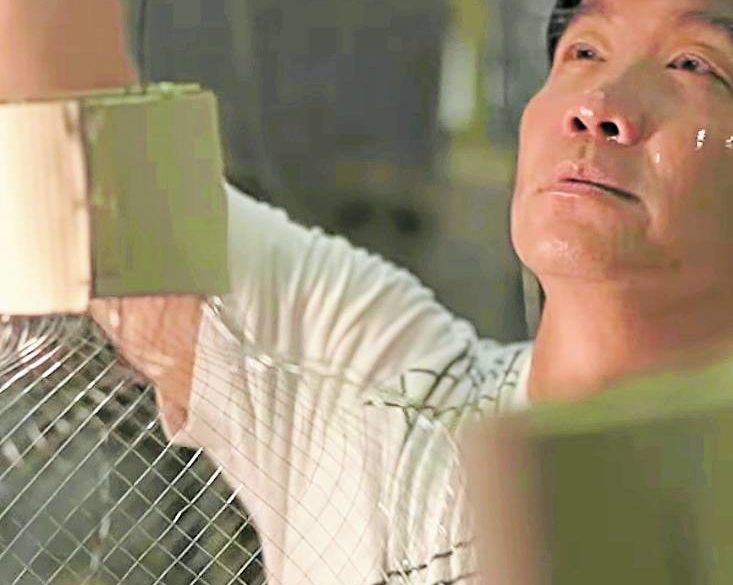 Kenneth Cobonpue: “We’ve gone through this before. There were no riots nor looting. Everybody has been respectful.” —@kennethcobonpue Instagram

A day after Typhoon “Odette” (international name: Rai) flattened the Visayas, a video of a wrecked house with a woman crying in the background went viral. It was said to be the residence of Cebuano designer Kenneth Cobonpue.

“That’s not my house,” declared Cobonpue in a phone interview, adding that he didn’t know who owned it.

In better times, he was just a text or call away. It took us a few days after the typhoon to finally contact him, as communication and telco signals were spotty in Cebu.

During the storm, Cobonpue and his son were at home, watching the shards from the windows fly all over the place. At this writing, they’re renting an apartment while the house undergoes repairs. His wife and other son are in Germany visiting relatives and friends.

“We’re safe. There’s a lot of damage in our factory, like the roofs and some furniture. No one came out unscathed,” said Cobonpue.

He recalled that not since Typhoon “Ruping” in 1990 had the province experienced a superstorm that left extensive damage to property and infrastructure, days of power outages, phone lines downed and no access to drinking water. Sending data has been a challenge, as locals search for spots with signals.

By now, we had received news from friends about kilometric lines at gas stations, the lack of basic necessities and the subsistence on canned goods. People queue for hours in the banks to get cash since there are no digital transactions.

“It’s a relearning in design,” he observed on the need to build structures that can withstand natural calamities. While air vents in ceilings, for instance, are meant to disperse cool air in humid weather, these make the ceilings more vulnerable in a typhoon. “Odette’s” gusty winds, at 260 kilometers per hour, easily blew them away.

Glass doors and windows are beautiful, he said, but they can’t resist the high pressure of winds.

Running on generators has become impossible due to the shortage of fuel. “Some gas stations don’t have generators, so they can’t pump gas out,” added Cobonpue.

Since construction supplies, materials and skilled manpower are limited in Cebu, it has been importing from Manila. The aftermath of “Odette” has since suspended that. “It’s hard to get things repaired. Resources are limited,” he said.

Nonetheless, the past two pandemic years have been good to Cobonpue’s namesake furniture company. Business was brisk under the shelter-in-place lifestyle. Tables, chairs, lighting and accessories were in demand for home improvements and renovations. Other clients furnished their second homes away from the congested, high-risk cities. Even the international business was stable despite port congestion and stiffer shipping rates.

Cobonpue introduced the brand’s “softer” side with knit chairs made of woven fabric. “It’s less of natural materials such as rattan and more of foam tubes and velvet,” he said.

The recent Parchment Collection, made of cotton, was stitched and reinforced to represent the edges of old manuscripts and books made from vegetable paper.

During the Visayas Art Fair in November, he ventured into objets d’art, inspired by the cabinet of curiosities. Handmade marine life such as starfish, coral, snakes, clamshell, seahorses were displayed in lighted wire cages.

“There are experiments that are impossible for mass production. We are developing a line of one-offs, special pieces for the art market,” he said.

In time for the holiday shopping, Cobonpue launched an e-commerce site, KCurated.ph, which offers gift items and small decorative objects for the local market.

“People wanted more things that are accessible to give as gifts. Former students and interns were doing things. Others wanted to collaborate so I put up an online site that carried other people’s collections, which shared the same aesthetic and philosophy as ours. It is curated by me and not necessarily made by me. They must be unique or special, not something you can find anywhere,” he said.

The response to KCurated.ph was enthusiastic, but with damages in the factory and logistics disrupted by the storm, deliveries have been deferred.

After two years of canceled onsite trade shows, Cobonpue has been girding for the Salon di Mobile in Milan, which will run April 5-10, 2022. He’s hoping to ship his collection in late January to make it to Italy before April.

“Shipping usually takes 45 days because of delays, and the goods must be cleared at customs,” he explained.

Meanwhile, Cobonpue has to look after his workforce of 300. “Some come to clean up the factory. Others had to go on leave to repair their homes. There is relief such as water from former interns and employees. They set up a drive to send 15,000 liters of water from the military to us,” he said. “We never appreciated water as much as we do now.”

Like most entrepreneurs, Cobonpue remained optimistic and acknowledged the strength of the Visayan spirit. “We’ve gone through this before. There were no riots nor looting. Everybody has been respectful and it’s been orderly. It’s amazing. You see the human spirit of trying to help each other. That’s what’s beautiful.”